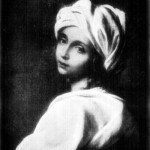 On my arrival at Rome I found that the story of the Cenci was a subject not to be mentioned in Italian society without awakening a deep and breathless interest: and that the feelings of the company never failed to incline to a romantic pity for the wrongs, and a passionate exculpation of the horrible […] 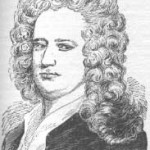 Is it true that the sun of a man’s mentality touches noon at forty and then begins to wane toward setting? Doctor Osler is charged with saying so. Maybe he said it, maybe he didn’t; I don’t know which it is. But if he said it, I can point him to a case which proves […] 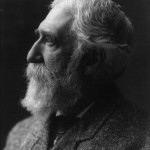 John Dyer, of whom I have no other account to give than his own letters, published with Hughes’s correspondence, and the notes added by the editor, have afforded me, was born in 1700, the second son of Robert Dyer of Aberglasney, in Caermarthenshire, a solicitor of great capacity and note. He passed through Westminster school […]

Le Monastier is the chief place of a hilly canton in Haute Loire, the ancient Velay.  As the name betokens, the town is of monastic origin; and it still contains a towered bulk of monastery and a church of some architectural pretensions, the seat of an arch-priest and several vicars.  It stands on the side […]

IN the lecture which it is my privilege to deliver before you to- night I do not desire to give you any abstract definition of beauty at all. For we who are working in art cannot accept any theory of beauty in exchange for beauty itself, and, so far from desiring to isolate it in […]

In my own case there followed my acquaintance with these authors certain Boeotian years, when if I did not go backward I scarcely went forward in the paths I had set out upon. They were years of the work, of the over-work, indeed, which falls to the lot of so many that I should be […] 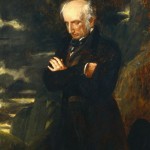 SOME English critics at the beginning of the present century had a great deal to say concerning a distinction, of much importance, as they thought, in the true estimate of poetry, between the Fancy, and another more powerful faculty—the Imagination. This metaphysical distinction, borrowed originally from the writings of German philosophers, and perhaps not always […]

This truly remarkable book is printed on dirty gray blotting paper, on each page of which is a mere dot of print over a large I of vacancy. There are seldom more than ten lines on a page, and it would be better if most of those lines were not there at all. Either Mr. […]