1. Great men are more distinguished by range and extent, than by originality. If we require the originality which consists in weaving, like a spider, their web from their own bowels; in finding clay, and making bricks, and building the house; no great men are original. Nor does valuable originality consist in unlikeness to other […] 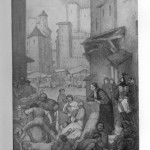 There were still Guelfs and Ghibellines in 1265, but the old names had partially lost their meaning in the Republic of Florence, where the citizens brawled daily, one faction against the other. The nobles had, nevertheless, a bond with the emperor, being of the same Teutonic stock, and the burghers often sought the patronage of […] 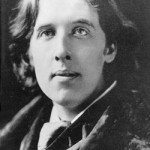 Nothing could have been better than Mr. Emery Walker’s lecture on Letterpress Printing and Illustration, delivered last night at the Arts and Crafts.  A series of most interesting specimens of old printed books and manuscripts was displayed on the screen by means of the magic-lantern, and Mr. Walker’s explanations were as clear and simple as […] 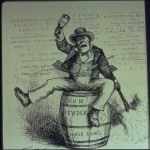 This is from this morning’s paper: Mark Twain Letter Sold. Written to Thomas Nast, it Proposed a Joint Tour. A Mark Twain autograph letter brought $43 yesterday at the auction by the Merwin-Clayton Company of the library and correspondence of the late Thomas Nast, cartoonist. The letter is nine pages note-paper, is dated Hartford, Nov. […] 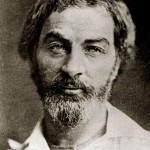 August 8th.—To-night, as I was trying to keep cool, sitting by a wounded soldier in Armory-square, I was attracted by some pleasant singing in an adjoining ward. As my soldier was asleep, I left him, and entering the ward where the music was, I walk’d halfway down and took a seat by the cot of […] 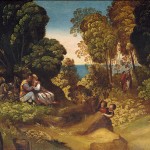 An ancient and famous human institution is in pressing danger. Sir George Campbell has set his face against the time-honoured practice of Falling in Love. Parents innumerable, it is true, have set their faces against it already from immemorial antiquity; but then they only attacked the particular instance, without venturing to impugn the institution itself […]

(One Poe’s Birthday!) One does not feel, by any means, that the last word has been uttered upon this great artist. Has attention been called, for instance, to the sardonic cynicism which underlies his most thrilling effects? Poe’s cynicism is itself a very fascinating pathological subject. It is an elaborate thing, compounded of many strange […] 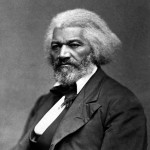 In anything fit to be called by the name of reading, the process itself should be absorbing and voluptuous; we should gloat over a book, be rapt clean out of ourselves, and rise from the perusal, our mind filled with the busiest, kaleidoscopic dance of images, incapable of sleep or of continuous thought. The words, […]

Rudyard Kipling, “prophet of blood and vulgarity, prince of ephemerals and idol of the unelect”—as a Chicago critic chortles—is dead.  It is true.  He is dead, dead and buried.  And a fluttering, chirping host of men, little men and unseeing men, have heaped him over with the uncut leaves of Kim, wrapped him in Stalky […]