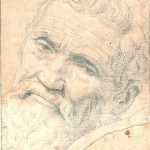 Michael Angelo is revealed by his sonnets. He wears the triple crown of painter, poet, and sculptor, and his genius was worshipped with a kind of awe even while he lived, yet we know the man best through these little pieces of himself which he broke off and gave to his friends. The fragments vibrated […] 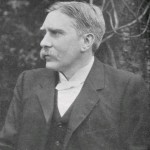 There’s a dark window in a gable which looks out over my narrow slip of garden, where the almond-trees grow, and to-day the dark window, with its black casement lines, had become suddenly a Japanese panel. The almond was in bloom, with its delicious, pink, geometrical flowers, not a flower which wins one’s love, somehow; […]

As concerns tobacco, there are many superstitions. And the chiefest is this—that there is a STANDARD governing the matter, whereas there is nothing of the kind. Each man’s own preference is the only standard for him, the only one which he can accept, the only one which can command him. A congress of all the […]

Creating a Good Title for Your Short Story  By Charles Raymond Barrett Too often the novice considers the title of his story a matter of no import. He looks upon it as a mere handle, the result of some happy afterthought, affixed to the completed story for convenience or reference, just as numbers are placed […]

Laureate It is easy to sentimentalise on the subject of “the American spirit”—what it is, may be, or should be. Exponents of various novel political and social theories are particularly given to this practice, nearly always concluding that “true Americanism” is nothing more or less than a national application of their respective individual doctrines. Slightly […] 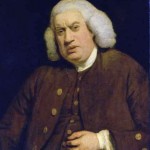 It is the fate of those who toil at the lower employments of life to be rather driven by the fear of evil than attracted by the prospect of good; to be exposed to censure without hope of praise; to be disgraced by miscarriage, or punished for neglect, where success would have been without applause, […] 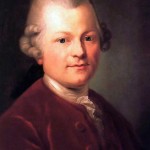 Central Park Walks and Talks by Walt Whitman May 16 to 22.—I visit Central Park now almost every day, sitting, or slowly rambling, or riding around. The whole place presents its very best appearance this current month—the full flush of the trees, the plentiful white and pink of the flowering shrubs, the emerald green of […]

Sir, —Among men of Genius, and especially among Poets, there are some to whom we turn with a peculiar and unfeigned affection; there are others whom we admire rather than love. By some we are won with our will, by others conquered against our desire. It has been your peculiar fortune to capture the hearts […]