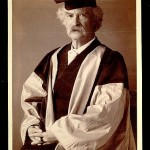 If there is anything which should make an American sick and disgusted at the literary taste of his country, and almost swerve his allegiance to his flag it is that controversy between Mark Twain 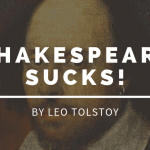 I remember the astonishment I felt when I first read Shakespeare. I expected to receive a powerful esthetic pleasure, but having read, one after the other, works regarded as his best: “King Lear,” “Romeo and Juliet,” “Hamlet” and “Macbeth,” not only did I feel no delight, but I felt an irresistible repulsion and tedium, and doubted […] 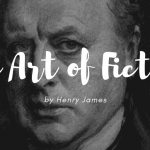 The Art of Fiction by Henry James: I should not have affixed so comprehensive a title to these few remarks, necessarily wanting in any completeness, upon a subject the full consideration of which would carry us far, did I not seem to discover a pretext 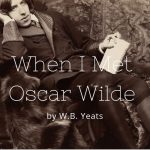 This is Yeats meeting Wilde is probably one of the biggest literary meetings in history, but we forget. Writers today don’t know what it means to read the greats sometimes.

This is a wonderfully short piece written by Walt Whitman. Honestly the more you know about Whitman the more interesting this subject becomes. The essay was written in 1892.  Living in Brooklyn or New York city from this time forward, my life, then, and still more the following years, was curiously identified with Fulton ferry, […]

To W. D. Howells, in New York: STORMFIELD, REDDING, CONN., Jan.  18, ’09. Dear Howells, I have to write a line, lazy as I am, to say how your Poe article delighted me; and to say that I am in agreement with substantially all you say about his literature. To me his prose is unreadable—like […] 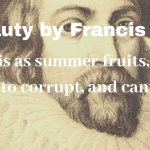 VIRTUE is like a rich stone, best plain set; and surely virtue is best, in a body that is comely, though not of delicate features; and that hath rather dignity of presence, than beauty of aspect. Neither is it almost seen, that very beautiful persons are otherwise of great virtue; as if nature were rather […] 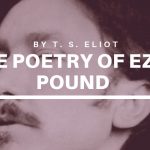 “All talk on modern poetry, by people who know,” wrote Mr. Carl Sandburg in Poetry, “ends with dragging in Ezra Pound somewhere. He may be named only to be cursed as wanton and mocker, poseur, trifler and vagrant. 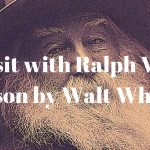 Whitman records their last meeting in journal entries are below. They are fascinating if you are a fan of American poetry. On September 17, 1881 Whitman goes to see Emerson. 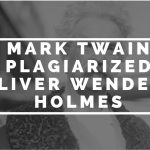 Once again we have found a quip from Twain that we feel needs to be highlighted in the pages of history. Twain is one of our favorite writers, especially when it comes to writing about writing.