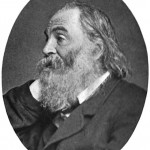 My Thoughts on Walt Whitman by Willa Cather Speaking of monuments reminds one that there is more talk about a monument to Walt Whitman, “the good, gray poet.” Just why the adjective good is always applied to Whitman it is difficult to discover, probably because people who could not understand him at all took it […] 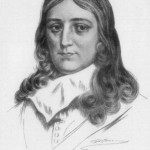 IN DEFENSE OF BOOKS by John Milton I deny not, but that it is of greatest concernment in the Church and Commonwealth, to have a vigilant eye how books demean themselves as well as men; and thereafter to confine, imprison, and do sharpest justice on them as malefactors. For books are not absolutely dead things, […]

What I Think of These Three Writers by Edgar Allen Poe OF WILLIS, BRYANT, HALLECK, AND MACAULAY Whatever may be thought of Mr. Willis’s talents, there can be no doubt about the fact that, both as an author and as a man, he has made a good deal of noise in the world—at least for […] 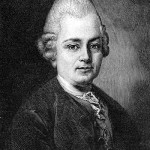 The first person who compared painting and poetry with one another was a man of refined feeling, who became aware of a similar effect produced upon himself by both arts. He felt both represent what is absent as if it were present, and appearance as if it were reality; that both deceived, and that the […] 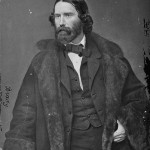 POETRY AND NATIONALITY[1] by James Russell Lowell This article first appeared in the North American Review in 1868 One of the dreams of our earlier horoscope-mongers was, that a poet should come out of the West, fashioned on a scale somewhat proportioned to our geographical pretensions. Our rivers, forests, mountains, cataracts, prairies, and inland seas […] 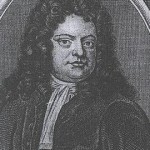 THE STORY-TELLER AND HIS ART by Sir Richard Steele I have often thought that a story-teller is born, as well as a poet. It is, I think, certain, that some men have such a peculiar cast of mind, that they see things in another light than men of grave dispositions. Men of a lively imagination […]

At this critical moment in the artistic development of England Mr. John Collier has come forward as the champion of common-sense in art.  It will be remembered that Mr. Quilter, in one of his most vivid and picturesque metaphors, compared Mr. Collier’s method as a painter to that of a shampooer in a Turkish bath. […]