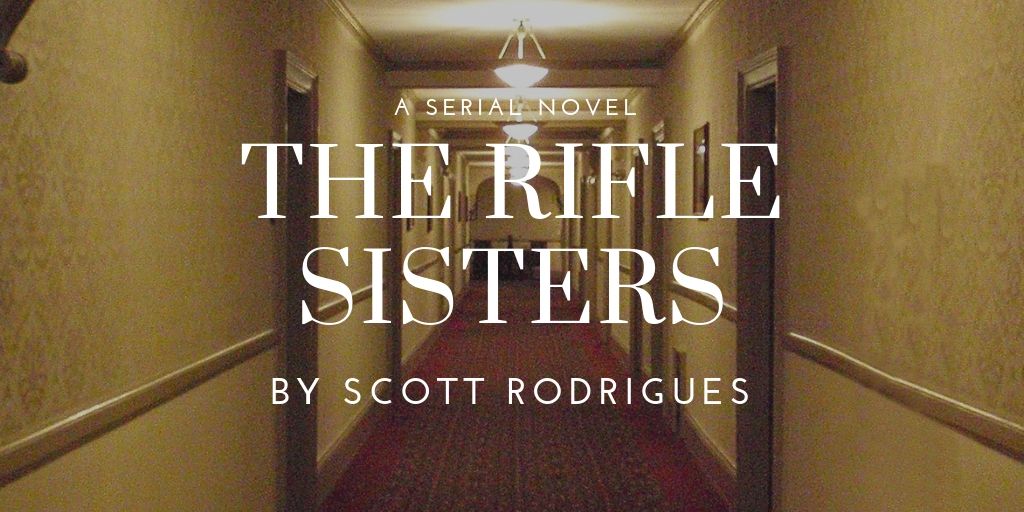 “He’s really heavy,” Khim said, dragging her father’s body upright down the hotel hallway by his shoulders. “The hell did mom hit him with?”

“A Lightning Bolt. I saw it from the other side of the room.” Anna said, walking backward in front of Khim. She slung the large duffel bag over the shoulder and adjusted her gray longcoat. Her waist-long braided ponytail whipped up when she turned to look back at Khim. “I didn’t know she possessed that kind of magic.”

“She doesn’t” Their youngest sister, nine-year-old Anje Meuy said. She carried a large tattered, leather-bound book in her arms. “That was from the Orb.”

“The Orb of Orthanos?” Anna bared her teeth. “Didn’t father tell her not to look in the box?”

Khim said, “There’s nothing in the box.”

“You weren’t looking for it,” Anje said.

“Hey,” Khim said, “How do you know about all this stuff?”

Anna looked at Anje. “Didn’t he write that in Quadrac so nobody could read it?”

Anje nodded. “Grandfather taught me. It’s all here, everything he found or discovered through his travels across the universe, time, space, magic, everything…”

“Everything?” Anna said with a look of hope in her bright green eyes.

A loud thud echoed down the hallway.

Khim frowned at a door at the end of the hallway. “How long was that dart supposed to put her out for?”

Anna said to Anje, “Is there anything in that book that can turn mom back?”

Anje bit her lip. “The Orb doesn’t exist, but does. Mom is looking at all things, across all worlds, all dimensions, all timelines, all at once. She’s become a living paradox, Anna. I don’t think we can cure that.”

Khim dragged the body to the elevator and began tapping the down button. “Come on, come on,” She said.

Anje stared at their father’s bearded face. Even unconscious, he looked dangerous. Her eyes widened. “Is he supposed to look that… pale?”

Anna looked at him. She let out a yelp and quickly dropped to her knees. “Father!” Anna placed her hands on the sides of his face and then at his neck. She pressed. She whispered, “No…” She picked up his arm and pressed two fingers against his wrist.

Anje set the book on the floor and flipped through the pages. She took out a handful of colorful rocks from her satchel and dropped them on the floor. The stones rolled around for a moment and stopped. She looked them over and frowned. She looked up at Anna. “His soul… is gone from his body.”

Tears welled up in Khim’s eyes. “The hell does that mean?”

A loud thud echoed through the hallway again. The sound of wood cracking followed it.

“Whatever mother did, it separated his soul from his body,” Anje said.

“No!” Anna shouted. She punched his chest once with her fist and raised it to strike again.

Anje grabbed Anna’s wrist and said quickly. “I can fuse his soul with another.”

“I’m not going to use a human soul,” Anje said.

Anje flipped through the book. “I remember reading a passage about souls and how you could use an animal’s soul to replace a missing human’s soul, but…”

A loud thud echoed through the hallway again. Splinters of wood flung themselves from a suite door and onto the hallway floor.

“Why isn’t the elevator coming!” Khim snapped. She continued to press the down button.

The door at the end of the hallway flung itself against the wall and fell to the floor with a thud.

Anna said to Anje. “Save dad.”

Anna rose to her feet. She unslung the duffel bag, unzipped it and took out a rifle with both hands. It looked exactly like an M1 Garand, only a bit larger with a bigger bore and a synthetic stock.

Khim watched Anna dig out an en bloc clip with four experimental .50-50 bottleneck rounds out of her longcoat pocket. She pressed it into the bolt at the top of the rifle. It made a loud click.

“That hasn’t been tested yet,” Khim said. Anje took a small vial from her bag and poured a clear liquid in a circle on her father’s chest.

Anna pressed the safety catch. “In Hull I trust.”

Something staggered out of the doorway and glared at the three girls and their dying father with bright red eyes.

Anje was frozen in fear.

The woman’s hair was black and long and hung over the majority of her face. She was dressed like a belly dancer with a dark red skirt covered by stitched on gold coins. Her bronze legs and feet lacked the grace of a dancer as she lumbered towards them.

Anna forced herself to keep control, her shaky hand tightened on the altered Garand’s grip. “Anje,” Anna raised her voice. “Save dad.”

Anje stuttered at first before she started chanting in an alien tongue. The air above their father’s body crackled with energy. A dim light appeared and flickered and hissed. It roared like a tiger and pounced into his body. He suddenly jerked and floundered on the floor.

Anna brought the rifle to her shoulder and aimed it at her mother. Her eyes narrowed into tight slits. She whispered, “Sorry, momma…”

The rifle roared like a cannon. Their mother spun and fell to the floor. The bullet left a hole in the wall at the other end of the hallway the size of Anna’s fist.

Their father’s throat made a gurgling noise. Khim turned and began to press the down button again. She said, “Why isn’t it coming?”

The woman got up from the floor.

Anna stared at her mother. “We need to get out of here.”

“Running won’t help,” Anje said. “She’s possessed by the Orb. She’s more powerful than all of us. We need to escape this entire world!”

Anna looked at the elevator and then at her mother. “Troll, is there anything in that book that can get us out of here?”

“There is,” Anje said. “We can use the same way grandfather used to travel.”

“Do it,” Anna brought the rifle back up and aimed at their mother. “I’ll cover you.”

Anna fired again. The rifle roared. The woman grabbed the bullet out of the air and threw it aside with an ear-piercing yell.

Anje took out a big felt marker from her overalls chest pocket and began writing symbols on the beige carpet.

Khim started shaking him. “Wake up, daddy, we need you!”

Anna fired again. The bullet skimmed her shoulder and punched another big hole in the wall at the other end of the hallway.

Anje looked around frantically. She reached over and pulled one of Khim’s gloves off.

“I need the Lace,” Anna said. She dropped the glove over her writing. The symbols suddenly lit up in a bright white light. The air around them crackled with energy.

The woman quickly stepped back. She glared at them. “Traitors!” She hissed in an unearthly voice. “I’ll kill you all!”

Anje couldn’t look at her without sobbing.

Anna aimed the rifle at her midsection. “We’ll be back for you!”

Their father sat up and stared at the woman with his groggy green eyes.

The woman’s eyes widened at the sight of him still alive. She screamed in agony as they vanished in a flash. 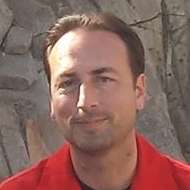 Scott Rodrigues is a writer of speculative fiction with a fond interest in fantasy, high adventure, days past and days yet to come. His favorite authors are Donald E. Westlake, Spider Robinson, and George MacDonald Fraser. He resides in the San Francisco Bay Area.

Don't you despise people being passive aggressive through social media?

Articles on Writing https://www.everywritersresource.com/how-i-signed-with-a-6-figure-literary-agent/ and more on Every Writer

This cat is mean and rings my doorbell 6 times a day.