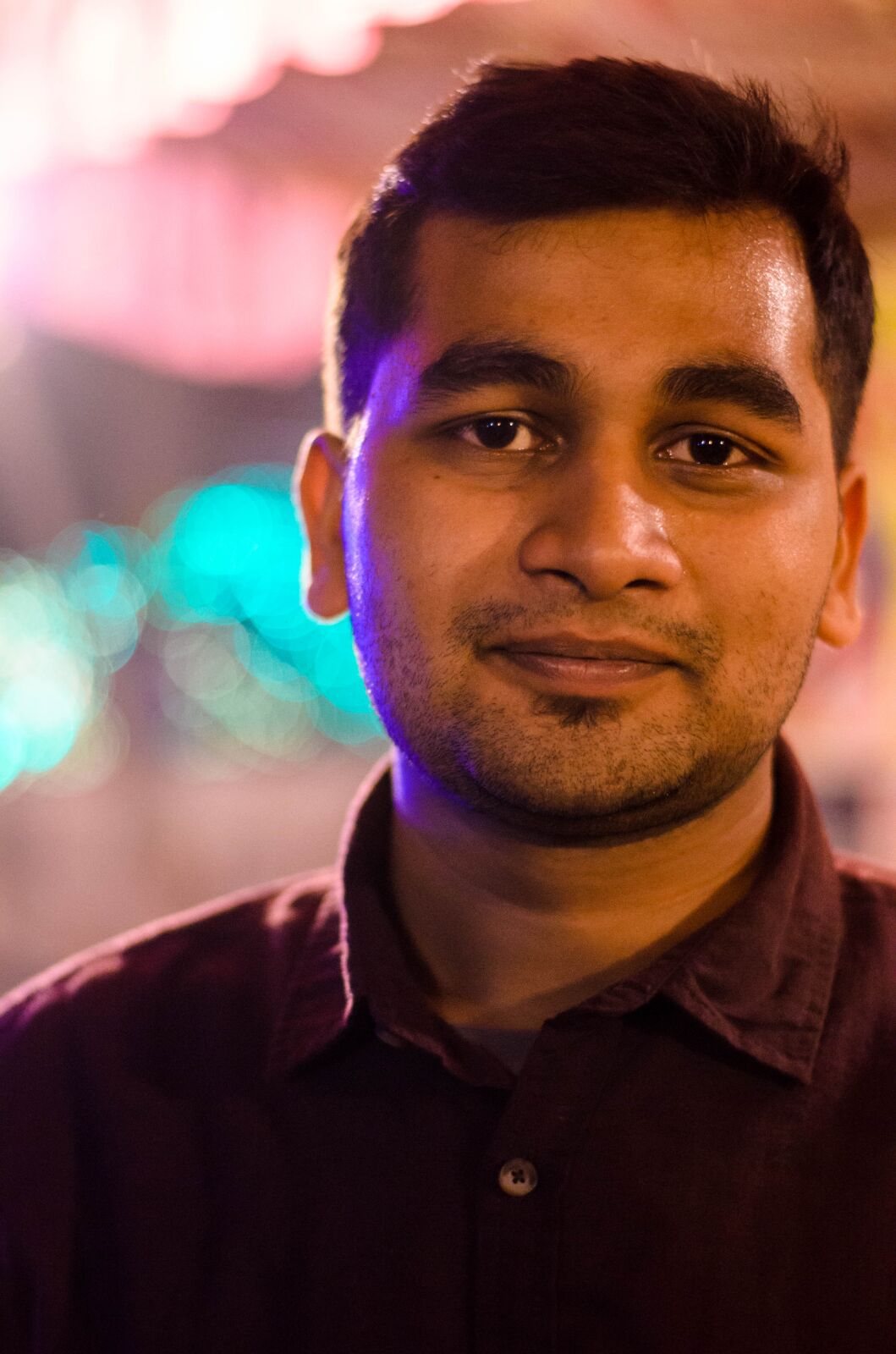 approaching Cuttack, she looks up
from the illuminated screen of her
phone, this city was almost made
capital, she tells me

almost, I ask, in my mind I think of
another night, another woman
who tells me, the thought of being
almost naked, excites her

Cuttack exists where two rivers
diverge, she tells me, and some
years, both would flood

some rivers grow up, believing
they hold calamities between
their thighs, not knowing, it was
the cities which were erected on
ground, that turned to quicksand

Nilesh Mondal, 23, is an engineer by choice and poet by chance.
He works as a writer for Terribly Tiny Tales and Thought Catalog, and as prose editor for Moledro Magazine.

His works have been published or are forthcoming in Muse India, Inklette, Coldnoon, Cafe Dissensus, and many more.
His first book of poetry, Degrees of Separation, is scheduled for a 2017 release