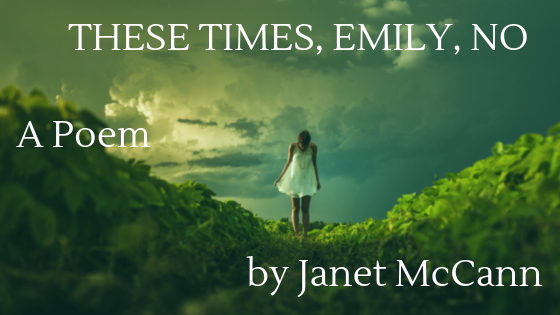 IN THESE TIMES, EMILY, NO

Tell all the truth but tell it slant — Emily Dickinson

Tell it bent,
refracted in an oblique lens?

No, tell it as a fishhook
caught in smug corpulence

Tell it as drawn blood
Label the dark red vials

Tell it as a sword
mightier than the pen

Tell it as a siren
a snapped shriek

Don’t hide it in gardens,
bejewel it, dress it in silk

Spell it
Tell it
Yell it