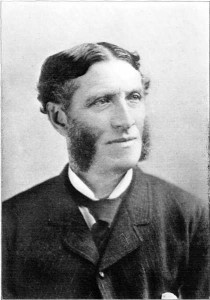 Before man parted for this earthly strand,
While yet upon the verge of heaven he stood,
God put a heap of letters in his hand,
And bade him make with them what word he could.

And man has turn’d them many times; made Greece,
Rome, England, France; yes, nor in vain essay’d
Way after way, changes that never cease!
The letters have combined, something was made.

But ah! an inextinguishable sense
Haunts him that he has not made what he should;
That he has still, though old, to recommence,
Since he has not yet found the word God would.

And empire after empire, at their height
Of sway, have felt this boding sense come on;
Have felt their huge frames not constructed right,
And droop’d, and slowly died upon their throne.

One day, thou say’st, there will at last appear
The word, the order, which God meant should be.
Ah! we shall know that well when it comes near;
The band will quit man’s heart, he will breathe free.