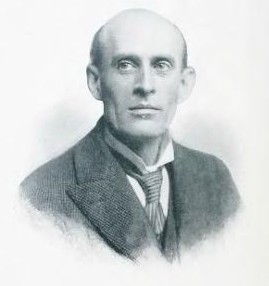 The Death of Robin Hood

“Give me my bow,” said Robin Hood,
“An arrow give to me;
And where ‘t is shot mark thou that spot,
For there my grave shall be.”

Then Little John did make no sign,
And not a word he spake;
But he smiled, altho’ with mickle woe
His heart was like to break.

He raised his master in his arms,
And set him on his knee;
And Robin’s eyes beheld the skies,
The shaws, the greenwood tree.

The brook was babbling as of old,
The birds sang full and clear,
And the wild-flowers gay like a carpet lay
In the path of the timid deer.

“O Little John,” said Robin Hood,
“Meseemeth now to be
Standing with you so stanch and true
Under the greenwood tree.

“And all around I hear the sound
Of Sherwood long ago,
And my merry men come back again,?
You know, sweet friend, you know!

“Now mark this arrow; where it falls,
When I am dead dig deep,
And bury me there in the greenwood where
I would forever sleep.”

He twanged his bow. Upon its course
The clothyard arrow sped,
And when it fell in yonder dell,
Brave Robin Hood was dead.

The sheriff sleeps in a marble vault,
The king in a shroud of gold;
And upon the air with a chanted pray’r
Mingles the mock of mould.

But the deer draw to the shady pool,
The birds sing blithe and free,
And the wild-flow’rs bloom o’er a hidden tomb
Under the greenwood tree.