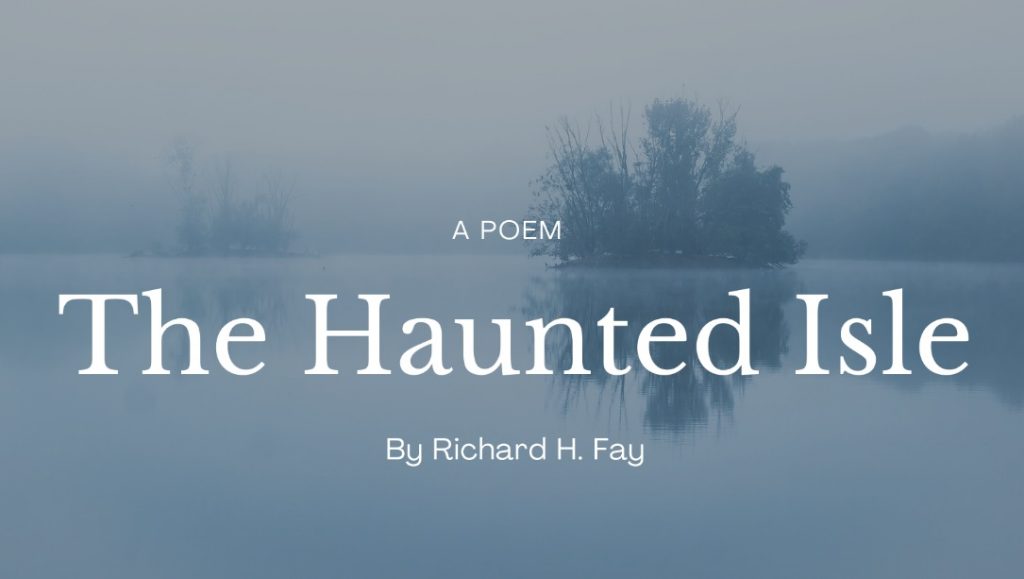 I lie beyond the narrow sandy strand,
A jagged mote upon the horizon,
A rugged speck upon the ocean.
Sailors skirt past my flanks in morbid dread.
My dark hollows house the unshriven dead.

I lie shrouded in a bleak, swirling mist,
Cloaked in an eternal obscurity,
Wracked by a turbulent, restless sea.
Haggard spectres drift amidst my grey stones,
Vainly searching for their sun-bleached bones

I lie beyond a mortal’s tenuous ken,
A dismal harbour for woeful secrets,
A forlorn abode of abject regrets.
Rendered barren by the sea’s bitter breath,
My rocky bosom knows nothing but death.