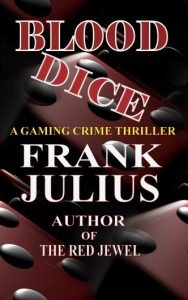 “Frank Julius” Csenki was born in Budapest Hungary in 1951.

His childhood in his native homeland was curtailed in 1956 with the Hungarian Uprising that lead to his escaping Hungary with his parents Frank and Isabella to freedom in Canada.

Frank grew up an immigrant’s life in Canada enjoying his new citizenship being educated in Canada and finding his career path in the hospitality industry.

With a nagging thorn in his shoe; Frank found the hospitality business to be a perfect fit for his burning wanderlust pulling him on to travel a good part of the world while advancing in his career in both corporate level finance and property level General Management.

Being Canadian offered Frank an avenue of acceptance to international job postings which saw him living and working and consulting throughout the Caribbean, the USA and Russia. His lifelong professional background in the hospitality business with international resorts forms the foundation for his detailed and well thought out first suspense novel: BLOOD DICE that deals with the resort and casino business.

A new exciting and riveting adventure exposing corrupt Governments and Labor Unions conspiring to take control of a Caribbean Resort and Casino empire through murder and kidnapping.

The story opens with a foreshadowing of things to come in the prologue, as the American President has his cabinet members gathered around in the oval office of the White House, discussing the top secret operations and situation at hand. The prologue sets up the premise for the novel’s overall theme; that being, corruption, graft, deceit and collusion amongst governments and personal greed of officials in high places.

Blood Dice wastes no time in plunging the reader into a fast paced opening chapter that sees the protagonist’s wife being murdered and his daughter kidnapped. Thereafter the writer takes the reader on an intricately woven adventure that unfurls bit by bit in seeing Eldon Davis embark on his quest to rescue his daughter, save his company and bring the whole corrupt house of cards falling down. The novel has in-depth character development forming bonds with the reader that carry the characters through from this novel to the sequel THE RED JEWEL in which the same main characters come alive once again but in a different part of the world on an even more exciting adventure.

Frank Julius is a veteran of the resort hotel business with an international background. A perfect fit with knowledge of resort hotel and casino environments centered in the Caribbean. Frank brings a wealth of expertise in providing for a thrilling crime novel with a look at the inside workings of the business, and the stresses of daily operations.

Frank Julius’ unique story telling ability to blend a crime driven labor union conspiring with island governments and The CIA to control the casinos, and try bringing the protagonist to his knees, only to find themselves entangled in a situation none of them bargained for. Follow Eldon Davis (the protagonist) as he confronts his enemies and discovers new allies. If you love the thrill of the chase, or if you happen to be in the hotel business, then this is a must read novel.

“Kimberley, I don’t know what to say, I would be lost without you, Felix and Billy. My life has taken such a sudden turn in these last few days; last two weeks that my head is spinning, my heart is broken, and yet I know that having the trust, the loyalty, and the friendship of Felix and Billy, and you Kimberley that I can go on. That is comforting and reassuring. I have to go on; my little girl is calling for me.”

“And you will go on Eldon, you will, and we will with you as well.”

Kimberley moved in close beside Eldon; she could see that his heart was broken and he had tears forming in his eyes as his eyes welled up, she leaned into him, and pressed her body into his side and put her arm around him.

Eldon wiped away a tear and put his arm around Kimberley saying softly to her, “thank you for saving my life” as more tears fell from his eyes.

“I didn’t save your life, Eldon, you saved mine, as soon as this is over and we have Cathy, I am resigning from the State Department and going to do something I can believe in again,” Kimberley pause for a few seconds, they both sat in silence, then looked at one another, Eldon nodded his head and smiled, with a knowing comfort.

Then Kimberley said, “Eldon I have some new developments for you. This morning I had a meeting with a very trusted local we have on our payroll. He’s actually an employee of yours, one of your best and trusted Casino employees, Bernard Pinder.”

“Yes, I know Bernard, cool character, and by that I mean he has ice in his veins, so he’s a recruit for State?”

Kimberley replied, “yes, has been for a few years, we have been grooming him, and he has proven to be a very valuable asset. He has been very helpful in this Union problem. Eldon, the Union is not going to settle for a fifty percent increase.

Bernard has indicated that they are going to demand more than that across the table for everyone, and Alvarez will be revising the proposal upon presentation to Hotel Management in four days time. There isn’t anything you can do, even if you wanted to until the proposal is presented for you to sign or reject. And Eldon, I know, I can imagine what’s been running through your mind ever since you found out about Amber and Alvarez. You no doubt have wrestled with just agreeing to everything and seeing Cathy in your arms now, but they’re not going to let you have her, not yet. So whether you or we like it or not, we have four days to wait, and Eldon four days will be plenty time to find Cathy, we have the important data now. Let’s mine this data, find the boat, locate this Jason Garretty, by whatever means necessary and I do mean whatever means, and you can blow this whole thing up into their faces.”

Eldon then replied, “you’re right Kimberley, and that is my intention, it has always been my intention.”

Eldon stood up from the curved bench around the tiki hut, and helped Kimberley up, “let’s get on with it then,” Eldon said.