You are here: Home / Book Listing / Padma and the Elephant Sutra

Padma and the Elephant Sutra 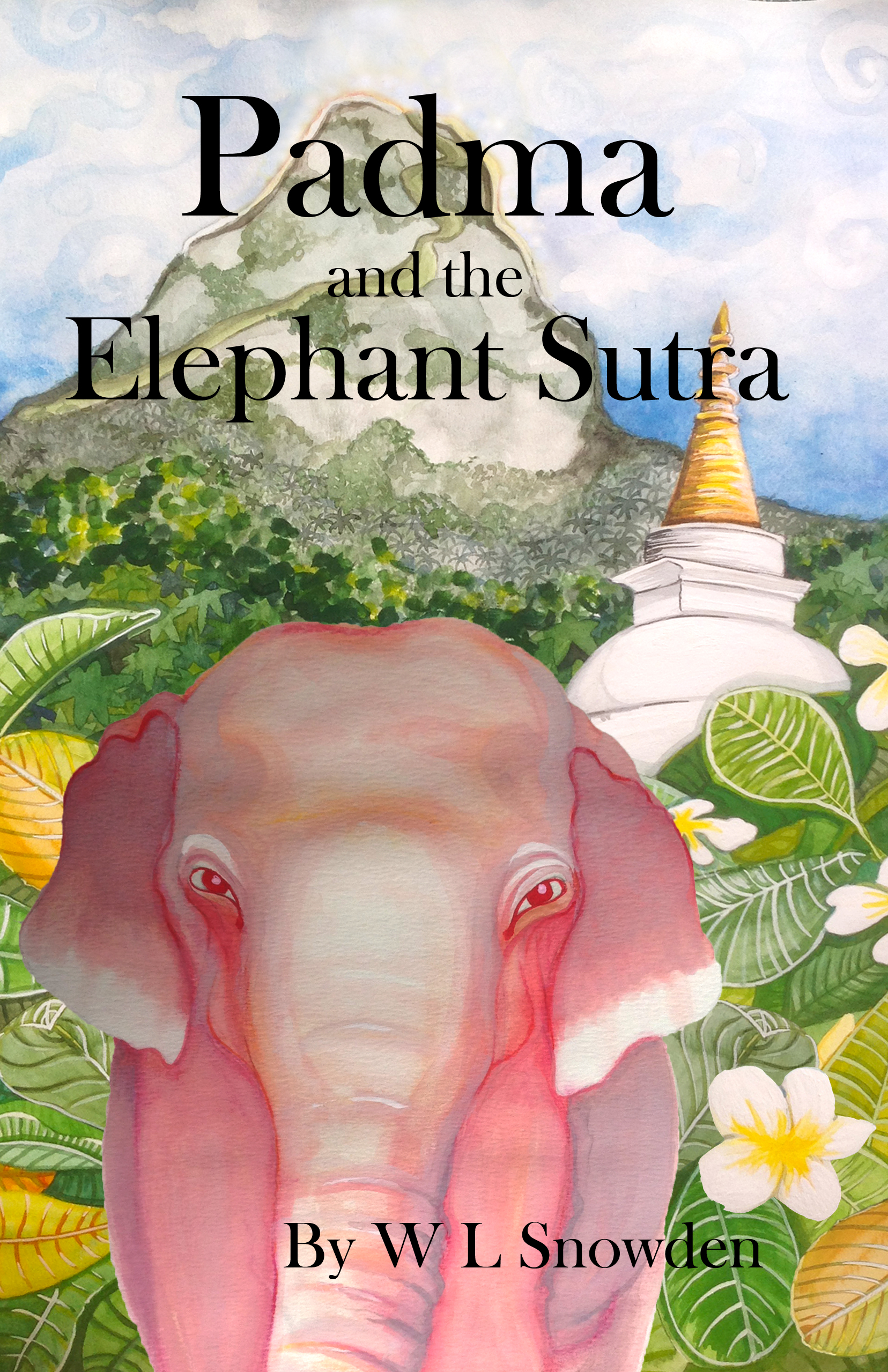 Born and raised in York, England. MA in Mental Health Social Work. Spent many years working for charities in UK. Between jobs I travelled widely, mostly in India. A non-seeking seeker of truth, or nothing, not sure which. When I stopped looking, I wrote my first novel. I now live in Devon, England, with my soulmate.

We have to remember that what we observe is not nature in itself, but nature exposed to our method of questioning.—Werner Heisenberg

In the ancient parable of ‘six blind men and an elephant’, each man tries to comprehend the creature by feeling a different part of its body. They all incorrectly conclude
what the creature is, based on their partial individual experiences.

Padma and the Elephant Sutra invites the reader to imagine the perspective of the elephant in the parable. It reveals a world far older and more mysterious than humans have ever comprehended. As custodians of paradise, elephants are deeply concerned with the rise of humanity and its impact on the fragile world they are born to protect. In their clans, they gather to discuss how to fulfil an ancient covenant made with an alien creature, convinced this holds the key to healing the humans of their discordant song. Events take a different course with the sudden, but long anticipated, arrival of a blue moon.

A young, pink elephant named Padma is recently discovered by the Uposatha clan, having emerged from the waters like a lotus flower. Unsure of who she is, Padma is sent to complete the time-worn agreement following an elephant Seer’s disputed recognition of her true identity. Early in Padma’s quest she meets George, an old coffee planter with a dark past. Beginning as a child soldier, a drummer boy at war with the thirteen colonies, George has developed unusual gifts and an unwelcome persona in his traumatised mind Together, elephant and human journey across the island of Ceylon in search of their destinies. It is 1830 and new humans have arrived, bringing with them strange and frightening ways. Their presence brings a series of unexpected obstacles for the seekers of truth. But as they continue, they also meet many allies who help them reveal the path as it unfold before them.

Padma and the Elephant Sutra explores our relationships with ourselves, each other, and the natural world of which we are a part. It has broad spiritual and ecological themes within a wide historical context and will appeal to anyone who likes to meditate on our shared human experience and our critical responsibility as the new custodians of paradise.

Then she heard the loud boom, followed by a sound which she struggled to comprehend. Never before detected, it was not of this world. Spirits dissolved prematurely into the pure bright air unnoticed, while Chaddanta stood distracted by the unfamiliar note. The noise increased, not unpleasant, merely unknown. As she listened, she tried in vain to identify a source. It seemed to come from everywhere. Am I imagining it? She shook her head to no avail. Is it even a sound? Her attention sharpened as memory strained in search of a familiar sonance. It finally settled on Om. The nearest likeness she could find to the unusual intonation was the first Word, Om. Chaddanta stood bewildered, incredulous of her senses. In all her years on the mountain, she had never happened upon such a…thing.

In the recesses of her unconscious mind, she constructed a tale which would name the new Word. It is a sound like Om, a moving towards Om, but definitely a not-Om sound. It comes from nowhere, but can be heard everywhere… and so the story continued, changing with every added scrap of information. In the earliest human languages, it would be referred to as ad-Om Chaddanta realised the ancestors had left. She paced and snorted in confusion. But then events chimed a most irregular tune as the sound began a transmutation from no-thing to some-thing. First, she noticed an absence, a lack of any sensory experience, evoking in her a vague feeling of unease. Above her, and all around, was nothing. Yet the cypher had a presence, apprehended by the familiar world beyond the emptiness. She comprehended an annular space surrounding the top of the holy mountain. A ring of nothing, she thought.

As her mental processes strained to make sense of the bizarre event, her mind gradually connected the sound to the circular shape, a breakthrough. Then a further realisation that the area was no longer empty, as the vibrating ad-Om continued to actualise. A translucent ring hovered over the mountain top. Reflecting the early morning sun, an aura of multi-coloured flames surrounded a golden orange halo. It quivered and undulated laterally, snakelike. Sporadic flares erupting from its surface engulfed the rhododendron bushes but did not appear to burn them. Chaddanta detected neither heat nor scent from the restless, gyrating form, only light and sound. Mesmerised, she watched the rippling surges, bathed in its lustrous flaming brilliance.

Her mind raced faster than preceding events, anticipating further revelation. None were forthcoming. The ring continued to remain unresolved, not materialised in any way recognisable. Its resemblance, she likened to a self-consuming, fire-breathing nagi serpent. She imagined the beast spinning around to devour its tail, never completing the task, hurriedly escaping to recapture its rear in an endless, vicious circularity. The dragon-serpent remained emergent, not manifest, a suspended potentiality. Humans later used the symbol to represent ad-Om.

Best place to buy your book Padma and the Elephant Sutra