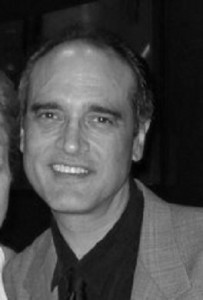 When the day ends, she goes for a walk.
She breathes in the autumn:
How the Juniper leaves feel nothing.
She remembers walking hand in hand
With her father a long time ago,
Her little hands cupped within his,
Squeezing his fingers so tightly,
No space between and safe.

They call this area Bull Run,
Just one of many fields in Virginia,
Still lined with cross-wooded fences
Where soldiers would lay upon, and
Aim at their brothers in battle.
Her father’s grandfather and his brothers
Spilled blood here, under an Indian blue sky,
Upon this same green grass where she lays
With her eyes closed, whispering to ghosts.

Brian Drury was born in Arlington, Virginia and graduated from James Madison University with degrees in English, French and Political Science. He writes poetry, short fiction and editorials and many of his themes deal with love and death and the complex dynamics of family.

He was a previous member of the Online Film Critics Society for six years writing film reviews and now much of his diverse, creative work can be found on various social media sites including Twitter, Facebook, Tumblr and on his personal blog at bdgarp.com. He has been listed among the top 50 Humorist and Insightful writers on Twitter/Favstar for the past two years.

His self-published Dreams of Perfection, was his first short collection of poetry (2000). He works a conventional job but maintains his passion for writing, freelance and for himself.