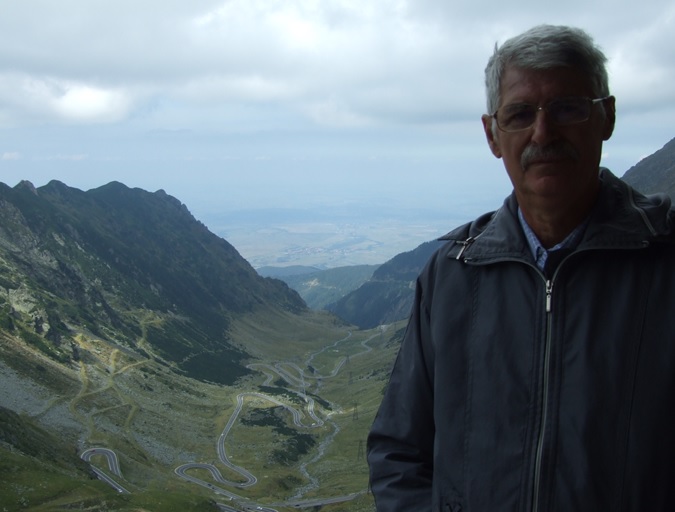 Translated from Romanian by Anamaria Tamas

Silviu Crăciunaș is a professor at the “Lucian Blaga” University from Sibiu, Romania, doctor in Mathematics. A while ago, he returned to a somewhat older passion, literature. He started writing poetry and prose, texts published in cultural magazines (Oglinda literară, Rapsodia, Alternațe). His poetry reflects profound emotional states of man in connection with nature and life. In 2015, his novel În umbra destinului (“In the Shadow of Destiny”) was published by the Excelsior Art Publishing House. The characters of the published novel are certain beings, who, although they are not part of the great book of history, have been in the midst of certain tragic events that, in their turn, drew attention on the nefarious nature of the military culture’s propagation and on the consequences of war. Two young women are collateral victims in the conflicts which took place almost simultaneously in April 1999, at the Columbine High School from Denver, Colorado and in Surdulica, Serbia. You will find in this novel real facts and characters intersecting with the virtual world of the author’s thoughts in a unified whole which gravitates around a violin. The second novel, in course of publication at the Eikon Publishing House, entitled Lazaret-suflete ratacite (“Lazaret – Wandering Souls”), has as main character a young doctor in training at the psychiatric hospital from Lazaret who, while treating a young lady, lives the experience of a split of his own personality by going back in time into the conscience of an Austrian soldier who was wounded in the battles with the Turks in 1493, around these places.