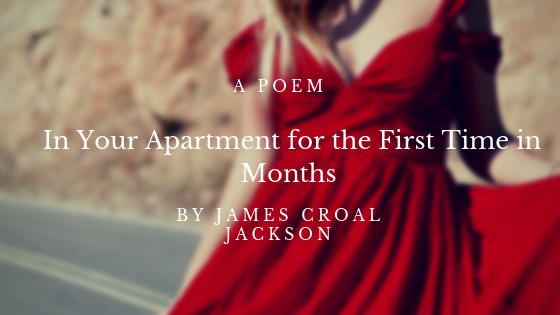 In your red dress you ask what you want
me to say to you but Lagunitas sips
the words I wanted in June out of me
leaving only amber hops & honey
to ooze from my mouth. You spit
a tumbleweed toward the wall
& it sticks. You say all I wanted
was to know you. Here I sink
into the quicksand of tan
leather couch. This house
was once full of orange lotuses.
We would burst flame
into bloom in the rooms
we set ablaze.

James Croal Jackson is the author of The Frayed Edge of Memory (Writing Knights Press, 2017). His poetry has appeared in Columbia Journal, Rattle, Hobart, FLAPPERHOUSE, and elsewhere. He edits The Mantle from Columbus, Ohio. Find him at jimjakk.com and @jimjakk.