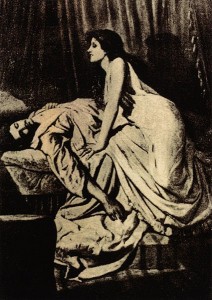 by Rudyard Kipling
(The verses?as suggested by the painting by Philip Burne Jones, first exhibited at the new gallery in London in 1897.)