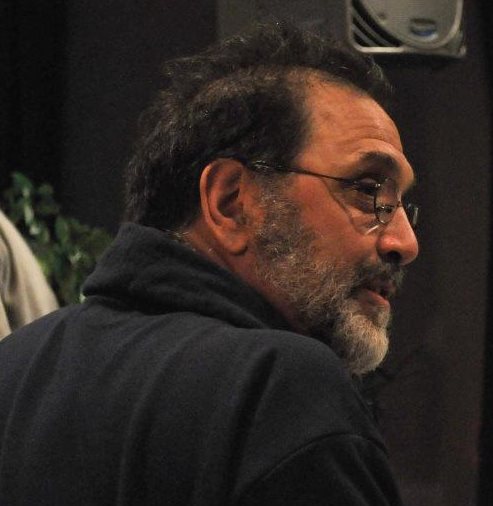 This not the Poem I Most Want to Write

Every year the poem I most want to write, the poem that would in effect allow me to stop writing, changes shapes, changes directions. It refuses to come forward, to stand still while I move to meet it, embrace and coax it to sit on the porch with me and watch the lightning bugs steal behind the fog’s heavy veil, listen for the drag of johnboats through the orchestra of locusts and frogs…

after Elizabeth Bishop
Here at dawn in mid-January
there are no lightning bugs,

nor is there an orchestra
of locusts and frogs,

though an ensemble of light rain
has been tuning all morning

on the porch, and the last tatters
of a timid snowfall make their ascension,

lazy ghosts, slow spirits of snow
clearing the way for the brown grass

around the bony, leafless branches
tells the trees about the deep

beauty of their own souls,
their own green exuberance,

and though this may not be
the poem I most want to write,

for now it is my only possession,
and like Elizabeth’s Man-Moth,

cool as melted snow,
clean and tasting of earth.

John L. Stanizzi is the author of the chapbook, Windows.  His full length collections are Ecstasy Among Ghosts, Sleepwalking, Dance Against the Wall (www.antrimhousebooks.com), and After the Bell, and Hallalujah Time! (www.bigtablepublishing.com).  His poems have appeared in Prairie Schooner, The New York Quarterly, Tar River Poetry, Rattle, Passages North, The Spoon River Quarterly, Poet Lore, The Connecticut River Review, Freshwater, Boston Literary Review, and many other publications.  He has new work forthcoming in Raintown Review, Off the Coast, Black Cat Moon, and LIPS.  John has read at many venues throughout Connecticut, including The Sunken Garden Poetry Festival, RJ Julia Booksellers, and the Arts Café Mystic, and his work has been featured on Garrison Keillor’s The Writer’s Almanac.  He is currently an adjunct professor of English at Manchester Community College.  John is currently at work on two volumes —  Hallelujah Time! – Volume II, the follow up to his recently released Hallelujah Time!  and another book of poems called Sundowning.  He lives with his wife, Carol, in Coventry, Connecticut.