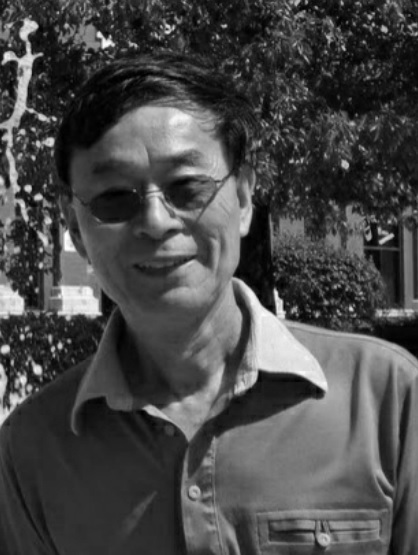 Now that she is middle-aged, my wife
likes to stand before the window
and comb her hair

William Marr (Chinese pen name Fei Ma 非馬) has published 21 volumes of poetry ( Autumn Window and Between Heaven and Earth are in English and can be acquired on Amazon, the rest are in his native Chinese language), 2 books of essays and several books of translations. He is considered one of the world’s leading contemporary poets writing in Chinese. Hailed as one of the collectable Chicago poets in history, his English poems are also highly regarded. His poems are included in over one hundred anthologies, ranging from high school and college literary textbooks, to special collections, including 300 Best New Poems 1917-1995, published in Taiwan, and 300 Best Chinese New Poems, published in China. His poetry has been translated into more than ten languages. In addition to writing poetry, he has also engaged in translating Western modern poetry into Chinese and has edited several anthologies of Chinese and Taiwanese modern poetry. He is a former president of the Illinois State Poetry Society and has received numerous awards, including three from Taiwan for his poetry and translations.
A PhD recipient and a scientific researcher by profession, he has been in recent years pursuing other artistic interests including painting and sculpting and has held several solo as well as group exhibits in the U.S. and China. His Website, The Art World of William Marr (http://feima.yidian.org/) displays some of his literary and artistic works.