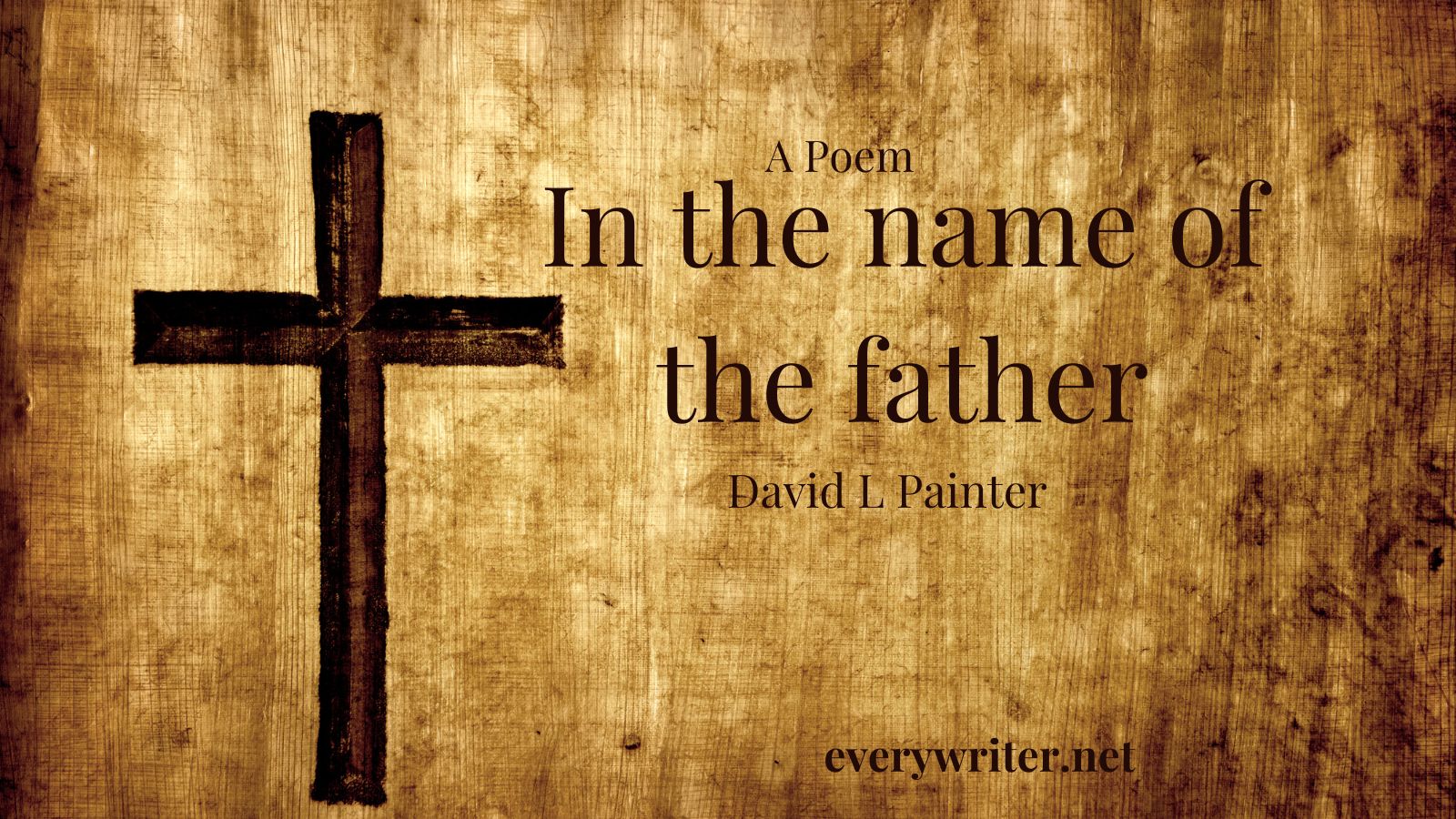 In the name of the father

I stood leaning against the aged grey wall
arms folded tightly against my chest
as if to hold in my breath lest it become still.
Yellow streams of sickly light filtered
through the drawn window shades like a
candle’s glow before the edge of day
small darts of dust float in the air all suspended in time
like forgotten memories.

So this is what death smells of.
of decay, of cracked odors that invade the nostrils and leave
their pungent sting before fading off into flaked paint
and hanging wallpaper.
Of a dark chest of drawers holding a treasured
lock of his first- bourn’s hair, a gold watch a token of a
lifetime of service.
All like the fruit of persimmons,
pretty but bitter to the mouth.

A round mirror hangs from a veined wall
reflecting Jesus hanging from a wire
under which the hopefully has come to rest.
The ragged gasps of life blend into the metered rhythm
of a desired rest.

A bedside table piled high with white -caped amber containers
all meant to keep the decay at bay
each administered three times a day.
I close my eyes and half -drift away, holding the faded
black and white picture
that held a man full of life and wishing
that it were still so.

David L Painter is a International published poet. He is a member of Inner circle writers’ group and Penned in the city. His works have been published in Sweetycat press. Piker press, Rye Whiskey Review, Clarendon House. Spillwords Press, The Writer’s Club, and Dyst Literary Journal.