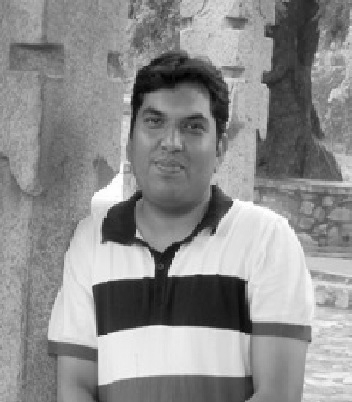 She died like a poem
Wordless and obstructed
In emotions nonplussed
It was clear from her face
All her life she was ambiguous and vague
With a question mark of indifference between a prose and a poem.
She never yearned to take flights of abstraction
Her impracticality proved fatal to her meaninglessness.
Unable to sell ever
Like peddling novels
Like the meaning deeper kicked out on margin
She kept on wriggling
Her hypersensitive existence
While she could have carved a niche for herself
Onto page of any journal.
She was a world of her own webs
Whereto on every door
Have grown obstacles of norms.

Endeavoring to internalize essence epical
In her haiku stature
Cursed as perennial critique
Of ogles suspect
Her demise requires no reviews posthumous
She died like a poem in earnest desire.

###
Born at Moradabad (UP)and educated at Banaras Hindu University ,Varanasi in disciplines of Politics and Management; obtained Doctorate on Globalisation and its Impact on sovereignty of India. Writes in English and Hindi.Poems and articles published in various Magazines and Periodicals.