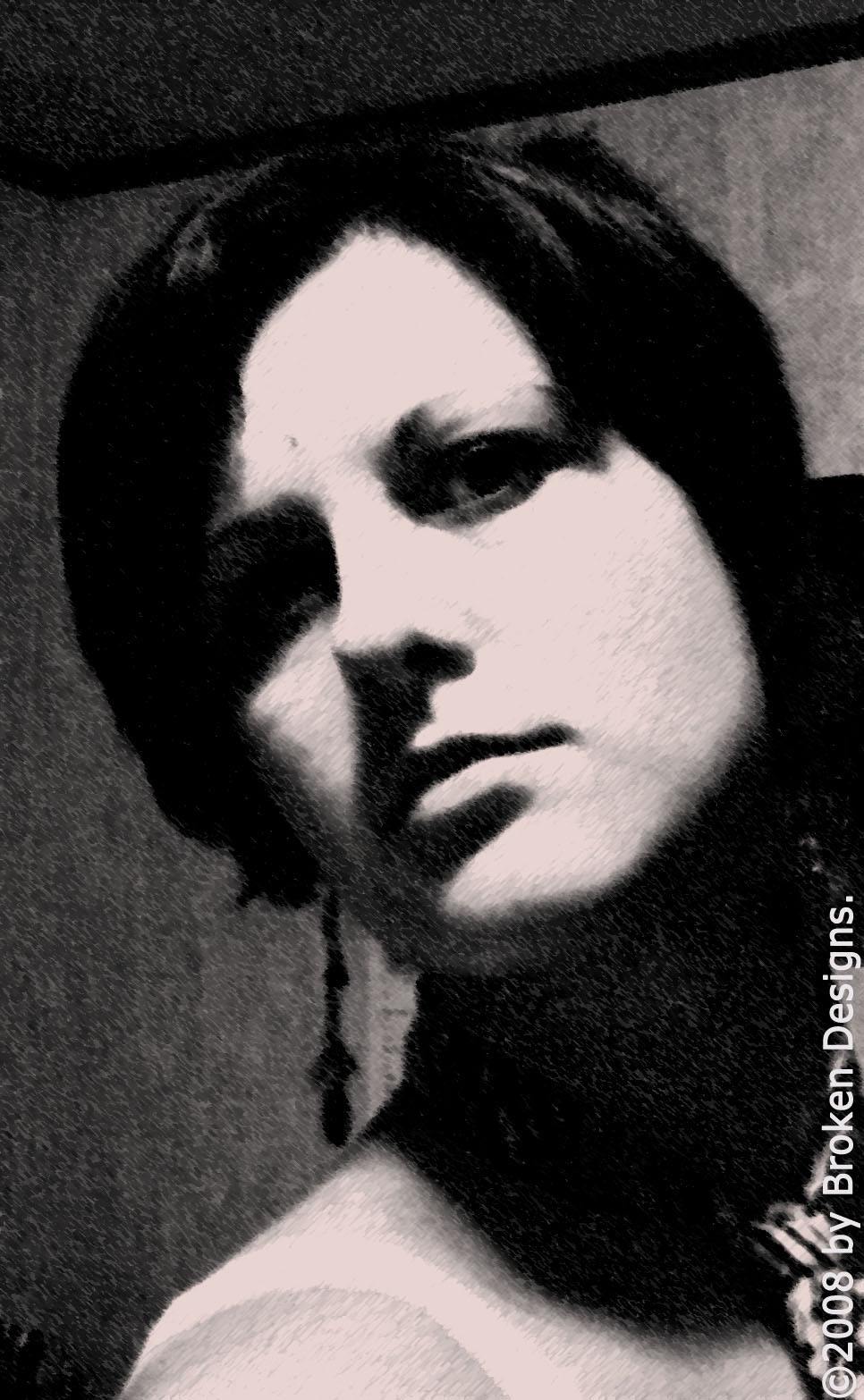 Nearing the edge
Of sanity

And every dream
Flashes before her
With a pure
Intensity

*As published in Strangers with Familiar Faces

Jennifer-Crystal Johnson is originally from Germany, but was raised all over. She has published one novella under her former last name, The Outside Girl: Perception is Reality (Publish America, 2005 – this will be out of print in 2013), a poetry book, Napkin Poetry (Broken Publications, 2010), and a collection of poetry, art, and prose called Strangers with Familiar Faces (Broken Publications, 2011). Her poem, Yin & Yang, was featured on Every Writer’s Resource’s Poem a Day site. One of her short stories, The Clinic, has been featured in Jack Meets Jill, and her short horror story, The Huntress, has been featured in Zombie Coffee Press. Her poetry has appeared in various anthologies including Theatre of the Mind (Noble House, 2003) and Invoking the Muse (Noble House, 2004). She currently works as the Managing Editor for Phati’tude Literary Magazine published by the IAAS, freelance writer and editor, and is working toward a degree in creative writing. She lives in the Pacific Northwest with her fiance, 3 kids, and two cats. Her new literary magazine can be found at www.soulvomit.com and her publishing company is Broken Publications: www.brokenpublications.com.