You are here: Home / Articles On Writing / 5 Things You can do to Build A Believable Character 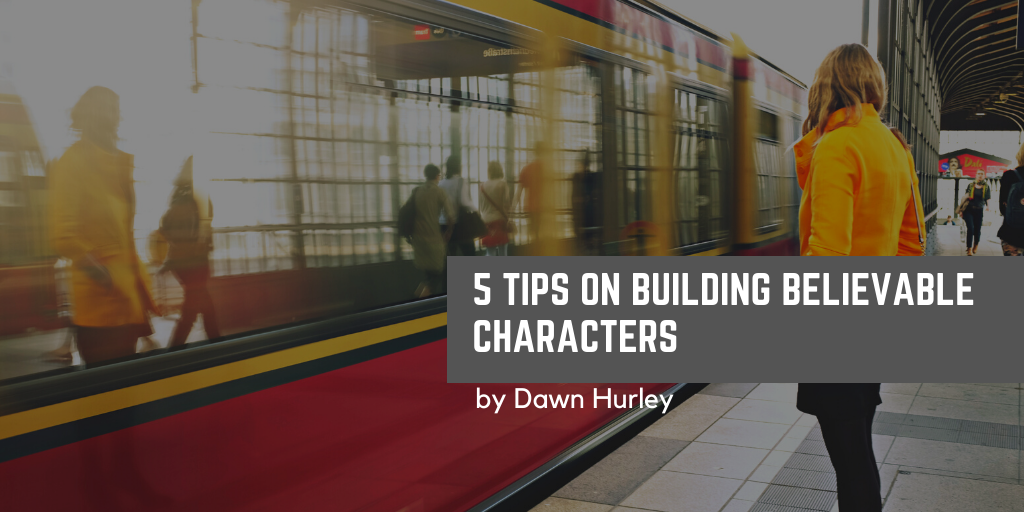 The main goal of a fiction writer is to create a character that the reader will become invested in, care about, and remember long after the story is finished. Charles Dickens’ Ebenezer Scrooge, Charlotte Bronte’s Jane Eyre, Margaret Mitchell’s Scarlett O’Hara are just a few immortal characters who live on after their last page. Your character is the life of your story. No matter how suspenseful the plot might be, without a compelling character, the story will fall flat.

Developing such a character can be a daunting task. Not every writer shares the same style or technique in their creation of a character. Some have a fully fleshed-out character before beginning their story, while others let the character evolve as the story progresses. There is no cut-and-dried method for character creation. Do what works best for you, for your own writing style. These are tips and suggestions, not a definitive guideline. There are many different types of characters; protagonist, antagonist, supporting figures and side characters. This article focuses primarily on your main character.

Fiction writers can profit from being people-watchers. Observe others while taking note of their characteristics, traits, habits, hand gestures, phrases, etc. The delivery guy or the yoga class instructor can be a model for your own unique character.
Strangers aren’t the only fodder for your character’s creation. Base your character on someone you know. We can’t know everything about a person, but as fiction writers not biographers, we can “fill in the blanks” for everything we don’t know about them. What we end up with is a sketch of the real person, a kind of template for our own character. Characters built around real people are often the most compelling.

We want our readers to be able to visualize our character without bogging them down with too many adjectives or listing boring details. Whenever possible, combine physical description with a form of action. For instance, saying “He had blue eyes and rotten teeth” is not as captivating as “He glared at her with cold blue eyes. His snarl showing a mouthful of broken teeth.” The language we use in describing our character’s appearance can be useful in illustrating their characteristics, as well. “She was a fat, lazy-looking blonde” doesn’t reveal as much as “She was an ample, languorous blonde”. The second description shows more of a sumptuous woman than the first (which sounds more like a stereotypical Walmart shopper.)

Informing your reader about your character’s habits, motivations, quirks and eccentricities, like describing their physical
traits, also needs to be done with the right language. Let’s use “Jane” as an example of your main character. Describing how Jane dresses, what she surrounds herself with, enjoys eating or listening to can form a picture in your readers’ minds of the type of person she is. “Jane nervously plucked at a loose thread from her old sweater as she waited for the cashier to ring up her purchase. Grabbing the bag from the counter, she hurriedly left the gas station where she’d bought the over-cooked hotdog that would be her dinner that night. She remembered the hot meals her mother served back home on the farm. The walk to her small apartment felt like it took longer than usual on this cold night. She slammed the door shut against the world and sank down gratefully on her second-hand couch that rocked on its uneven legs.” The reader quickly gathers that Jane is financially struggling while dealing with some form of social anxiety and is new to the city. Quick shots of action with the right descriptive language can tell a reader more about the character and in a more engaging manner than long paragraphs of adjectives. The main goal of writing applies to describing your characters as well – Don’t just tell your readers who, what or how they are, show them. What your character does, or doesn’t do, can be the ultimate means by which your readers determine who they are.

The first words your characters say can, as in real life, be the basis for your readers’ assumptions of the type of person they are. The words your character uses can reveal a great deal about them, describing them and bringing them to life in a personal way. The voice you want to be heard most in your story is not yours as the writer but those of your characters. Do they use a lot of slang or speak with eloquence? Do they speak shyly or with confidence?

Some psychiatrists say that when a person looks to the left while they’re speaking it’s an indication that they are lying. We can tell a great deal about a person by their gestures, the way they walk, their nervous tics (chewing their nails, twirling their hair between their fingers, avoiding eye contact). “Marsha strode up the sidewalk” paints quite a different picture than “Marsha shuffled up the walk”.

In the creation of your character, there should come a point where you feel them move. As you delve into your character’s emotions, describe them, dress them, and comprehend their histories, they will begin to assume a reality separate from the mere sketch you began with. They will come to life in your mind and, ultimately, in the imagination of your readers.