You are here: Home / Publishing Your Writing / How I Signed With A 6-Figure Literary Agent 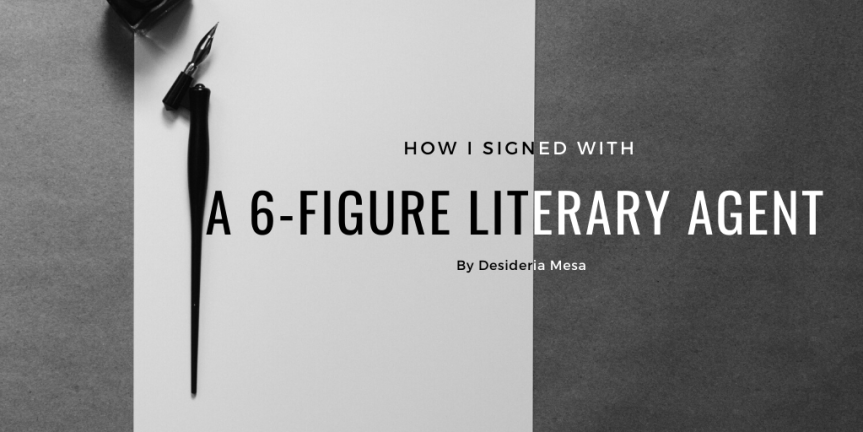 Berkley. Harlequin. Entangled. A six-figure book deal with Feiwel and Friends. An incredible sales record on any literary agent’s résumé. Feel that rush? My thoughts exactly when I signed the dotted line with my dream agent. I’ve fought in the query trenches and lost more battles than I care to admit, but I more than survived. Like Katniss Everdeen, my time in the arena wasn’t without heartache and a good measure of cement around my feelings. The benefit to making nearly every rookie mistake in the unwritten rules is that I now kinda know what I’m doing. My journey to signing with my amazing agent might look different than others and, in fact, should in a business this subjective. That being said, there are a few things that, had I known them at the beginning of my journey, might have spared me some literary scars.

It took me a year and a half and two manuscripts to really narrow down how to work the pitching process, honing my writing skills all the while. If you’re willing to learn, you’re destined to grow, and if you’re still moving forward, it’s impossible to fail. The very best advice I received was to take each rejection as an opportunity. Take the compliments. Hold onto them. Take the criticism. Make your work better. If you start feeling the heat, take a step back and remember that one very annoying but true tagline in every form rejection: This is a subjective business. Just wait. It could all change tomorrow. We’ll be ready for that, too.
[wp-post-author]