You are here: Home / Articles On Writing / Living and Writing in Sri Lanka

First of all, thanks for having me on this fabulous blog and asking me whether I could contribute a guest post on writing (and living) in Sri Lanka. Now for the boring part: You’ll need a short overview of who I am and why I’m here to really understand my blog post. Alright then, are you up for some whiplash-inducing continent hopping?

Background info on my connection to (Germany and) Sri Lanka

I’m a German citizen, but I’m also half Sri Lankan. My father’s a German, my mother a Sri Lankan. I was born here on this tiny island in the Indian Ocean, at a troubled time full of terrorism and violence (clashes between the Tamil minority and the rest of the populace). When a bomb destroyed the building next to the hotel where my parents were living, it was high time to wrap up that chubby baby and get moving. As requested and facilitated by the German embassy, my parents took wee Devika and hightailed it back to Germany even though they’d only migrated roughly a year ago. So there we were, traveling from the heat and sea breeze of a war-torn island paradise to the snowy mountains of a sleepy village in Bavaria, Germany. For roughly nine years, I grew up there, close to the Alps and in an idyllic hamlet with more cows than people (I kid you not!). Then we moved. And moved again. And again. Always within Germany, sometimes within the same area. I spent the following ten years in a different village not far from Stuttgart. Cue migration attempt #2.

My parents wanted to return to Sri Lanka, now somewhat more peaceful, and retire. As that wish coincided with my graduation from high school in 2006 (yup, now you can guess my age), I formulated a (not so) foolproof plan: join them for a few months, finally get to know my ‘other’ home country, and then travel on to Australia to study there. Life had something else in mind though… Going to university Down Under didn’t work out, and just when I thought I might go to Singapore instead, destiny threw me another curveball: I fell in love, married a Sri Lankan, and decided to stay on this island that some call Pearl of the Indian Ocean. And now cue migration attempt #3.

As things weren’t so rosy for hubby and me, we decided I would take him to Germany with me. In 2010, we gave up everything we had and flew westward. This time, I settled down in Munich, which is about the furthest from a sleepy hamlet that you can get and seemed like a good place to start from scratch. I’m not going to bore you with all the challenges we had to face. In a nut shell: Just when we thought we had it all figured out, life threw me another curveball. My mother-in-law fell seriously ill, and my husband and I chose to return to Sri Lanka. That sort of brings us to migration attempt #4, which is so far the final one. In 2012, we settled down here and I haven’t left since. And now that I’ve put you to sleep with boring exposition, why don’t I dive into the actual post about ‘living and writing in Sri Lanka’?

I had come to Sri Lanka for a holiday several times before settling down, so I thought I knew what to expect. Turns out I wasn’t nearly as well-prepared as I assumed. So many changes. So many little things that one doesn’t even consider until they’re at stake or radically different. While I love(d) the spicy food, exotic fruits and weird vegetables, I miss(ed) some typically German food like proper bread or cheese or chocolate that won’t cost a fortune. And while I was certainly happy to leave the cold winters behind, mosquitoes and floods put a damper on permanent warmth/heat. I won’t go into too much detail what other obstacles I had to overcome – this isn’t supposed to be a novel – but there were a lot. I still consider myself a German first and a Sri Lankan second. I’ve realized I’ll always be an outsider here – then again, I was always an outsider in Germany too. And yet I’m basically living an interracial romance novel and truly believe that love knows no boundaries. If that isn’t writing inspiration…

Along the way, I came into my own, discovered new things about myself, reconfirmed other things, and also learned how to be a (somewhat) suitable wife, daughter-in-law and sister-in-law. I fell in love with this country, and I fell in hate with it. I scratched beneath the surface and discovered hidden treasures as much as traps and buried waste. And through it all, I observed and observed and learned and learned, and that’s something I do believe shines through in my writing. Sure, I write romance so some of the things are all a little too good to be true and there’s always a happy ending. But I write flawed characters, authentic settings, and conflicts that feel real, and that is connected to all my experiences with migrating. Those of you who want to see a more direct influence that living Sri Lanka has left on me can either check out my anthology of poems titled “Enchantress Lanka” or my multicultural romance novel “Saved in Sri Lanka” which is set on this island.

Writing in Sri Lanka: my best and worst idea ever

I love being a writer and an author. Yes, to me those are separate things. I’m a writer because I have my own one-woman content providing business for clients in Germany. And I’m an author because I write and self-publish romance novels in English. For the latter, I chose the wrong country. Why? Writing in

Sri Lanka doesn’t have its own Amazon and can’t use the Indian one, so almost all my buying and selling is via Amazon US and involves horrendous shipping costs if I want to order a paperback of my own novel or organize a giveaway

Despite all that, I’m happy being an author in Sri Lanka. I had my five minutes of dubitable fame and glory when I was featured with an author interview in an English newspaper – not that I was longing for that, and not that it changed even a single thing. Basically, I don’t consider my place of residence at all. Being a writer has the huge advantage of not being tied to an office or to a location. Monsoon and floods? I’ll write. Scorching heat? I’ll write. Bomb blasts? I’ll write. Tsunami? I’ll write. And I will not be tempted by fresh mango juice, tasty coconut sweets or a trip to the beach – wait, that’s a lie, I AM tempted by all that, and those are some of the benefits of being an author here.

I’m surrounded by beautiful mountains here in Kandy, I have experienced the kindness of strangers and the meanness of relatives, I have battled tropical diseases and basked in the delights of traditional weddings or touching elephants or rescuing stray dogs and cats. And all that, in one way or the other, leaves its mark on my writing. 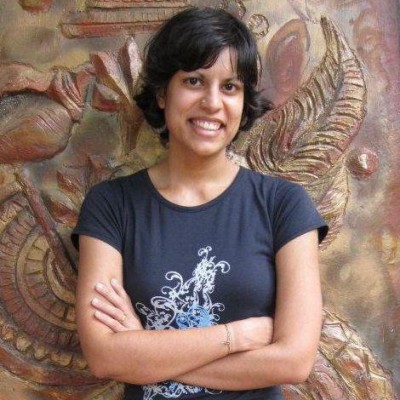 Almost as soon as Devika Fernando could write, she imagined stories and poems. After finishing her education in Germany and returning to her roots in Sri Lanka, she got a chance to turn her passion into her profession.