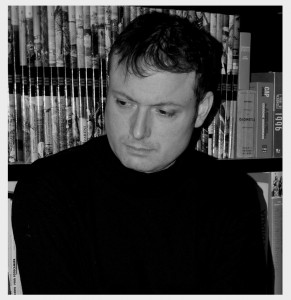 has a changing effect
hands out colours

the night owns the future

there is a glare
vision is complex
a comely light
double

built on the water

###
Alessandro Cusimano was born in Palermo, Italy, on July 2, 1967. He lives in Rome, where he is writer, poet, playwright. Anarchist and visionary, painful and surreal, his works reflect on anxiety, crush conventions and illusions, proclaiming, with a barrage of words, that life is, by its nature, a scandal. Appeared recently on the international literary stage, some of his writings have been published by The Cynic Online Magazine, Decanto Magazine, The Recusant, FOLLY Magazine, Exercise Bowler, Streetcake Magazine, Bewildering Stories, Numinous Magazine, Deadman’s Tome, RED OCHRE Lit, Orion’s Child Magazine and Black Cat Poems.