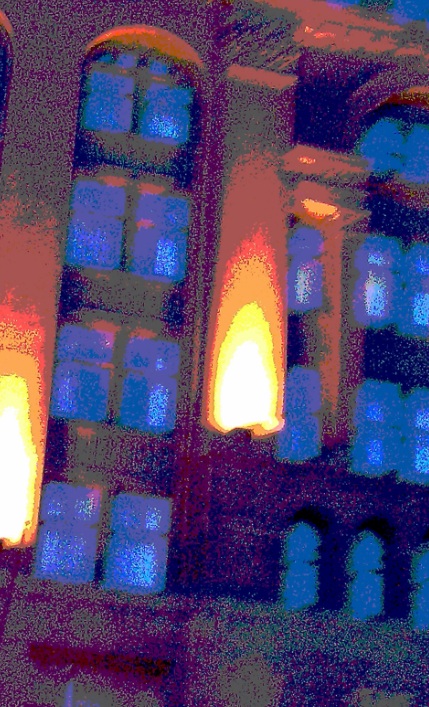 His gift to me: a concealed mirage in an urban wasteland,
tucked away behind Taco Bell and a 76.

On a dark corner a black door a hidden entrance with a faceless bouncer.
We enter a delicious department of hell
My company two useless men who just closed a nervous deal.
(Once inside they turn into snakes)

Out of the crevices of the underworld you crawl
You cropped seraph with your alcohol-swollen lips
The moving walls release you like a birth and you
Materialize among the mass of powdered hermaphrodites,
Your naked skin still moist from the recent partus.

Feline eyes green like insect blood
Hook me without words but with a broken promise.
I get drunk with the brief taste of your absinthe lips
And nothing remains but lust in a sea of heated despondency.

Helium headed I want to drink you up, my Manga girl
but instead, I kiss you once
then lose you
Forever

I have come back too often,
like a dog in heat picking up a bodiless scent,
looking for the door ever since, but in vain.
All I see is a blind breathing wall on another lost corner
of my life,
that I lost the moment I chose to leave with him.