You are here: Home / Stories / Afterlife 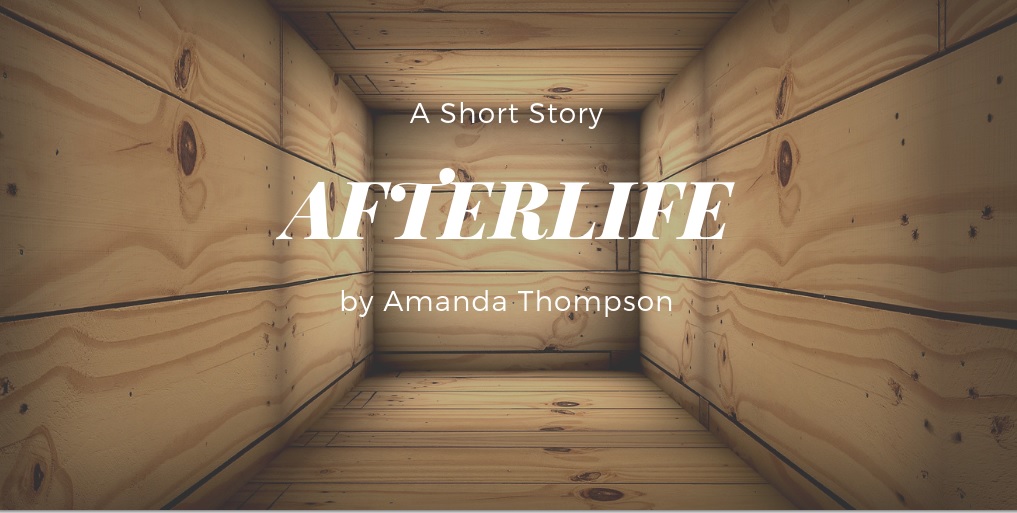 I never thought much about the afterlife. Until now. I can’t move, breathe, speak or hear and it is so dark all the time. If I knew it would be this lonely, I would have been cremated instead.

Chuckling softly at the irony of it all, I pick at the maggots wriggling on my forehead. I am trying to figure where I am. In a coffin? I think the answer to that is obvious. I don’t relish lying here, slowly decaying, until only a bit of sand and bone indicates my passing. Not that anybody would care, nobody cared at all when I was still alive.

Dying was not so bad though. When I pulled the trigger, there was a loud bang, a flash, then darkness. It did not hurt one bit. After that, nothing, until I opened my eyes here. In the coffin. Supposedly my new and final home. Not if I have any say about it!

It is a good thing that I am not claustrophobic, or I might have surely lost my mind by now. Can a rotting brain go insane? And if that person was off his rocker to begin with, does he stay insane when he is dead? Perhaps talking nonsense mono-syllables to himself all day long. I wonder if the living can hear us. Perhaps, if they bothered to listen, they might. But then again, why would they bother?

I will say one thing about death though. It is dull and boring, especially from my vantage point. I have never been able to sit still for long, and boy, I surely do not plan to start doing that now.

So I begin to pry at the lid of the coffin with my swollen, rotting fingers. Not very successfully, as the digits drop off one after another in the effort. Now what?

I gently wriggle my toes. Nothing falls off … yet. Lifting my legs and displacing more of the irritating maggots, I kick at the lid. There is a slight creaking noise. I try again. The lid moves an inch, dirt trickling in.

Finally! With my rotten stumps I dig through the dirt, soil falling on my head, my face. At least the maggots seem to fall off with the dirt, so that is a plus. I manage to make a hole in the dirt large enough for my head to stick through. Nearly there!

After what seems like an eternity, I am out of the grave, chuckling as I shake the soil off me. “Didn’t think I would go quietly, did you?” I say to no one in particular. “You obviously do not know me very well!”

There is coarse laughter behind me and I spin around. In front of me is the ugliest, most terrifying being I have ever seen in my life or the afterlife for that matter. “Well done, Stan, I have been waiting for you to emerge! Welcome to hell, my good friend!”

Do you think your writing is unique?

Is the story being told more important than the way it's being written?