You are here: Home / Halloween / Dear Whoever You Are by Angela Carlton 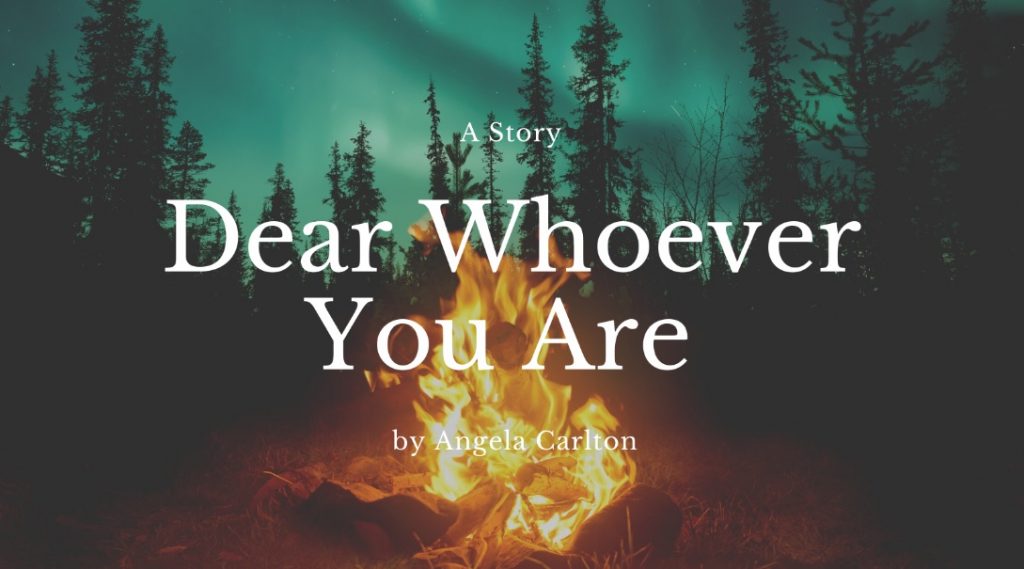 Dear Whoever You Are
by Angela Carlton

Dear Whoever You Are

For that is the question, isn’t it? I don’t know who you are anymore. Once, you were the guy, my carefree man with those sea-glass colored eyes and that laugh. Oh, the way you could make me laugh. We used to sit outside on a blanket in the plush grass with the berries and the gouda, the white wine and lay there looking up toward the turquoise sky until that dark day, the one day, when the sky turned black with no stars.

She appeared out of nowhere. She showed up with force casting a temporary spell that enticed you and swallowed me. It’s the kind of black magic that can send you down an eerie, cold hole, and it did.

Now, we sit inside our glass house, dancing around the subject of her obsession, all the darkness, the wrath we had to endure. We taste the berries and we sip the cold wine, but we don’t speak about the affair or the chaos. We eat more gouda, golden breads, but it doesn’t fill us up. It doesn’t make us whole. For you are still edgy, always looking over your shoulder, jumpy and lost.

So I build the fire to warm you and watch the flames rise and pop. I watch them rise, pop, rise and pop until I remember she lives in the tiny apartment down by the river where the rapids are as powerful as the flames.