You are here: Home / Stories / GNAW 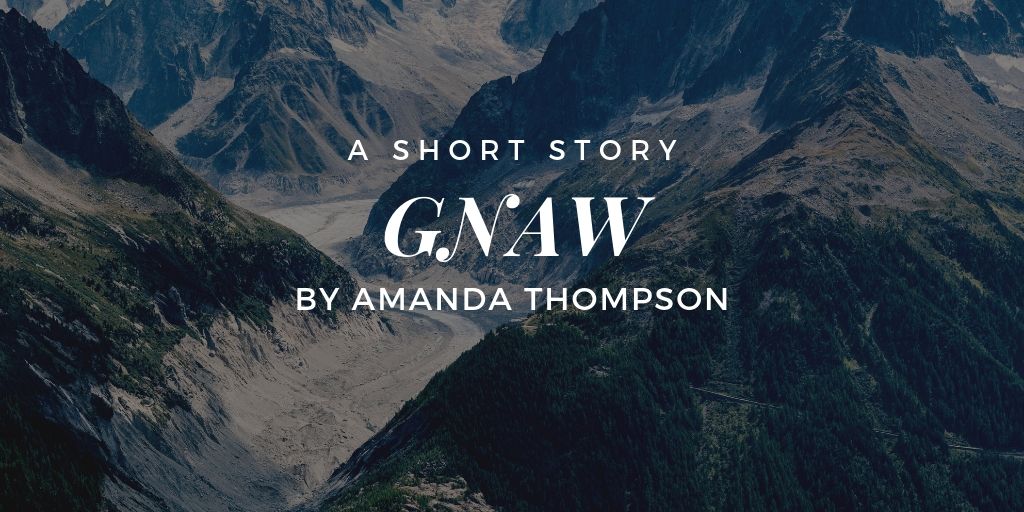 Paul wasn’t sure he could eat the hand of a fellow human being, but he was dying…. He took out the pocket knife with frost bitten fingers. Opened it. Held her hand a long time.

Her flesh was pale. The painted fingernails looked like bloody claws. He shuddered. He definitely would avoid the fingernails. Still he hesitated. His stomach ached with hunger. He had no choice.

No rescue planes were coming. The mountains and forests hid the wreckage totally. There were three occupants; the pilot Peter, Paul, and his wife Dianne. Peter was dead, but Paul could not consider him a food source. The man was pudgy and seemed unwell.

He shivered with the cold. He has always liked his meat lean. Made sense to eat Dianne’s hand. He did consider eating his own, but shied away from the pain and blood.

The ground was frozen hard, the mountain caps covered by snow. Whatever blood was left inside her should be frozen. He felt no remorse. It had been a loveless marriage. Unending tirades and insults from Dianne.

The woman was venom. Evil. He was glad to be rid of her. He hoped her flesh was not as bitter as her tongue. Start with the hand, move on to the other more rounded parts.

He covered her face with a rag. Purposefully, he placed the hand on a rock. He started cutting down on the wrist. It was agonizing. His fingers hurt. Not much blood though. With a sickening crunching, popping sound, the hand slowly detached from the arm. Hours later, heavily perspiring with the effort, he finally got it off completely. Looking at the hand, he tried to decide which side to eat it from.

Definitely not the side of the fingers with the painted nails! He closed his eyes and bit into the palm of the hand, expecting bile to rush into his throat. The flesh was ice cold, but surprisingly sweet. Once he decided on survival at any cost, he actually enjoyed the meal. It was raw, but it filled the spot nicely.

After that he consumed the other hand, not even bothering to cut it off that time. He left the rest of her for later. She had quite a couple of areas which were full rounded and which would provide even more sustenance than her hands.

Wiping his bloody mouth, he crawled under the overhang to sleep. Later that night, a blood curdling howl shook him awake. His heart thundered between his ears, and his stomach was queasy with fear. Slowly he sat up, unsure what to expect. Surrounding him was a pack of wolves, eyes glowing yellow in the darkness. They growled, baring their fangs, and he knew what they were about to do.

As the wolves tore chunks of flesh out of his body, he screamed. Screamed loud and long, screamed until the mountains reverberated with it. He only stopped screaming when his jugular vein erupted in a fountain of blood.