You are here: Home / Interview with Ladette Randolph Editor of Ploughshares

Ladette Randolph is the editor-in-chief of Ploughshares, and is on the faculty at Emerson College.  The journal is number 2 on our top 50 literary magazine list. We are honored to have this interview.

We are also looking for more interviews with editors.

EWR: Can you tell us about Ploughshares? 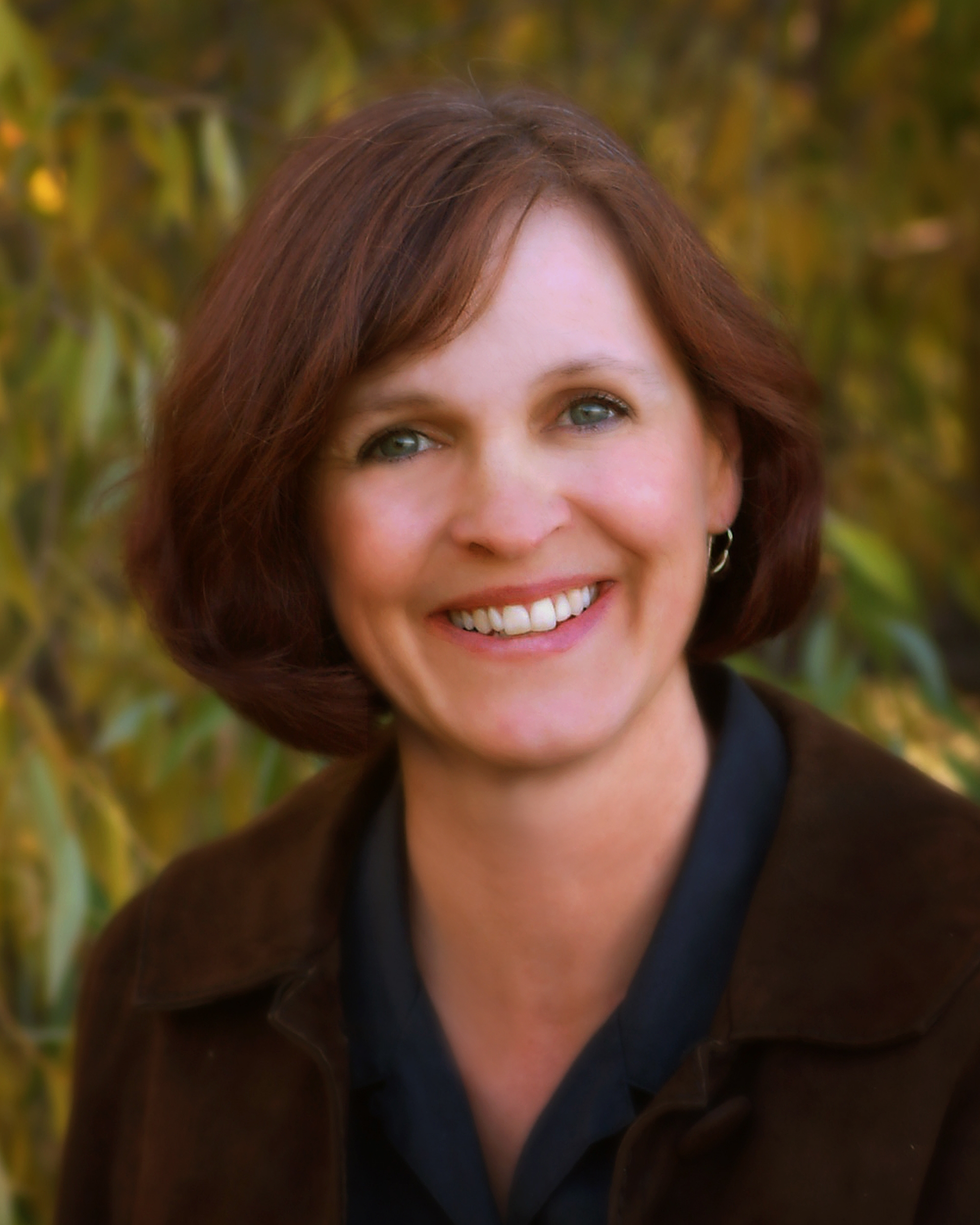 Randolph: Ploughshares was founded in 1971 by DeWitt Henry and Peter O’Malley in the Plough and Stars, an Irish pub in Cambridge, Massachusetts. Since 1989, Ploughshares has been based at Emerson College, which hosts one of the best M.F.A. programs in creative writing in the country. Published in April, August, and December, most issues are guest-edited by a prominent writer who explores personal visions, aesthetics, and literary circles. Over the years, guest editors of Ploughshares have included Seamus Heaney, Derek Walcott, Rosellen Brown, Sherman Alexie, Rita Dove, Charles Baxter, Jorie Graham, Raymond Carver, Tobias Wolff, Sherman Alexie, Russell Banks, Lorrie Moore, Yusef Komunyakaa, and Richard Ford, and many others. Guest editors have been the recipients of Nobel and Pulitzer prizes, National Book Awards, MacArthur and Guggenheim fellowships, and numerous other honors.

EWR: Why was your publication started? What was the original idea behind the magazine?

Randolph: It sounds like folklore, but Ploughshares really did start in a bar. On Massachusetts Avenue, between Central and Harvard squares in Cambridge, the Plough and Stars was a pub known more for the Guinness and Bass on tap than the literati. But in 1970, a group of writers gathered around DeWitt Henry, a Harvard Ph.D. student, and Peter O’Malley, an Irish expatriate who was part owner of the pub. Henry, who had been raised on Philadelphia’s Main Line, had edited the undergraduate literary magazine at Amherst College and had attended the Iowa Writers’ Workshop for two years. He was finishing his dissertation on Shakespeare, but he was a fiction writer at heart who also had a long-standing inclination for the publishing trade (he’d had his own hand printing press in high school). O’Malley was well-versed in a number of subjects, having studied law at the University of Dublin and music at Berklee and Harvard, and he had been bred in the literary traditions of the Irish Revival. So this idea that was being bandied about in the Plough and Stars — that the group should put out a literary publication of their own — not only engaged the two men, but seemed relatively feasible. There was no real literary outlet for young writers in Cambridge or Boston then, and everyone was tired of waiting for the trade publishing world to fill the void, both regionally and nationally — a restlessness fueled by the general movements for counterculture and reform at the time. “A new generation of writers was coming of age, but the commercial publishing industry was losing touch,” says O’Malley. “The seventies homogenized cultural options. And we found ourselves basically standing up for that single individualist that argued intelligently the point.”

The mission was to act as a  catalyst for a new literary community in New England, and foster readings, book fairs, and support for other independent publishers. Mainly, though, they wanted to wake up the staid publishing and university establishments and force them to recognize the viability of contemporary writers and their works, the richness and diversity of styles and concerns being explored. The group at the Plough and Stars also had faith in the public, that there was more openness to new voices in serious poetry and fiction than was allowed, and that people would welcome Ploughshares. The magazine would help develop, the founders believed, a larger movement across the country, a small-press revolution that was being spawned and nurtured by the National Endowment for the Arts. However, “We didn’t agree with each other about whom to celebrate or even much about each other’s work,” Henry recounts. “We were competing in the sense of going after work to support our individual tastes and convictions, and it became clear that the magazine, as a cooperative effort, must embody controversy, and must in its format involve the question, rather than any one final opinion, of what is good.” Not only was each issue representative of an internal debate over tastes and forms, but each successive issue also spoke to those before it with a new, collective, often contradictory voice.

EWR: Who are some authors you are particularly proud to have been published in your magazine?

EWR: What advice would you give your writers trying to publish with your magazine?

Randolph: Ploughshares welcomes unsolicited submissions of fiction, poetry, and a limited amount of nonfiction. The journal is published three times a year: mixed issues of poetry and prose in the Spring and Winter and a prose issue in the Fall,  most guest-edited by a different writer of prominence. Guest editors are invited to solicit half of their issues, while the other half is selected from unsolicited manuscripts screened for them by staff editors (90 pages). We strongly suggest that you examine one or two issues of Ploughshares before submitting. We no longer arrange issues with thematic topics.

EWR: What important changes do you see happening in writing right now?

Randolph: More interest in short short fiction. More interest in flirting with and combining genres. There seems to be a lot of playfulness afoot. At the same time, many writers are doing significant research for short stories and I’m continually impressed with the seriousness of purpose of young writers. I’m excited to see how much is happening on the web, especially in regard to reviews.

EWR:  As the editor can you describe the role you play at your magazine?

Randolph: My role is both administrative and editorial. Before joining the magazine, I was a book editor, and I still very much enjoy putting together the shortlist for each guest editor. I’m responsible for oversight of the budget, establishing the long term and short term goals of the magazine, interfacing with the administration at our host institution, choosing the guest editors, being the public face of the magazine in the form of serving on panels, judging contests, attending conferences, and working with donors. I teach one class each fall in the Writing, Literature, and Publishing department at Emerson College, and I’m a published and award-winning writer in my own right.

EWR: What upcoming projects would you like to tell our readers about?

Randolph: We are currently working to improve our online presence. That includes plans to rework much of our website, and to improve and expand our blog, as well as Facebook, Twitter, and YouTube. Plans for the website will, among other things, allow us to reprint work from the journal online. In addition, subscriptions and individual issues are now available via e-readers (currently through Kindle).

Randolph: I’m teaching a foundations of western lit course in the fall and am busy rereading The Odyssey, Ovid’s Metamorphoses, Grimm’s Fairy Tales, and parts of the Old Testament. I’m having a lot of fun becoming reacquainted with these important texts and thinking about them not as a classicist but as a writer teaching other writers.

EWR: Is there anything that has surprised you about editing a literary magazine?

Randolph: I was the Managing Editor at Prairie Schooner before becoming a book editor, so I had some experience with literary journals. In the years since that experience, though, I’ve seen many changes both in publishing and in higher education. I’m guessing that everyone who is working at a journal sponsored by a college is now more actively cultivating and maintaining a relationship with their administration than was perhaps necessary in the past. The volume of submissions was high at Prairie Schooner, so I wasn’t surprised by that when I joined Ploughshares. I’m still very excited about the submissions. All these people writing. All this creativity. It gives me hope for the future.

EWR: What advice can you give to editors who would like to start their own literary publication?

Randolph: Do it! Ploughshares was once a young upstart and many predicted its failure just as they predicted the failure of other startups that have since flourished. It’s an exciting time for artists given the access provided by new technologies. I would give three pieces of advice, all cautions: don’t go into debt, have a clear mission and a sustainable vision for what you wish to do. If you have a partner in the enterprise, be sure you have clearly defined expectations of the relationship so there are fewer misunderstandings as the magazine grows.

EWR: Is there anything else you would like to share with our readers? Upcoming from you or your magazine?

Randolph: This year is Ploughshares’s 40th year anniversary. Our Fall 2011 issue, guest-edited by DeWitt Henry, will feature several emerging writers (each introduced by a past guest editor), and our Winter 2011-12 issue, guest-edited by Alice Hoffman, will include the winning story from our first annual Emerging Fiction Writer’s Contest. We’re planning a party in late September for former contributors, former guest editors, the Emerson College community, and other friends of the magazine, and in mid-November we’re having a fundraising event with Denis Leary as host and Boston celebrities reading short pieces from the magazine’s archives: Alice Hoffman, chef Ming Tsai, Sue Miller, Andre Dubus III, Sebastian Junger, and, we hope, a couple athletes. We’re planning this year to open our Emerging Writers Contest to include not only fiction writers but also poets. The reading period for both contests will be January 15-March 15th. Check our website for details.