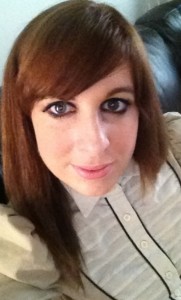 He uttered a quiet plea when I hopped off the commuters tube
Just near the shop I was headed to for that night’s feast.
But it was hard to hear him above the din of headphones and people in the street,
And they all stood above him –
He was easy to lose and I was busy,
I never thought to stop and talk.

He said nothing parked up against the lamppost in the cold twilight hours
Sealing tired body under tattered quilt.
He didn’t resonate in my head as I left him,
No profound words had passed his lips to utter in my head again –
I never thought to seek understanding of his image.

And the blokes at the bar,
Well-groomed, Friday night, ties slipping, words slurring, exclaimed:
‘If you give him money he’ll only spend it on drugs!’
The same blokes who went on to get a few lines to keep the night going,
The same blokes who felt no sense of irony as they had ‘got up this morning to earn money’
I never thought to question.

He disappeared one day,
I sometimes wonder where

###
Kirstin Maguire is 28 years old, born and raised in London, of Irish parents. Since graduating with a Drama Degree in 2006, she has worked in the charity sector and continues to do so. This has often involved using the arts in various settings including prisons, homeless shelters, and community settings facilitaing workshops and project managing commissions working with groups of all ages. She is currently working on strategy and development in a national mental health charity to improve opportunities for young people experiencing mental health difficulties. She has a keen belief in the power of the arts as a medium to change our political landscape and is a passionate believer in writing as a way of achieving this. Her literary influences include John Steinbeck, the Beat Poets, Surrealism, Romantic and Transcendental Poetry. Theatrical influences on her writing include the work of Antonin Artaud, Augusto Boal and Bertolt Brecht. She is often inspired by eastern philosophy in developing the content of her pieces, as well as personal experiences, and a wide range of music, most notably that of protest song. Although Kirstin has been writing for a number of years it is only recently she has started putting work out in the public domain, including through her blog, kirstinmaguire.blogspot.co.uk which she updates regularly. She looks forward to writing more in the future and developing her work.