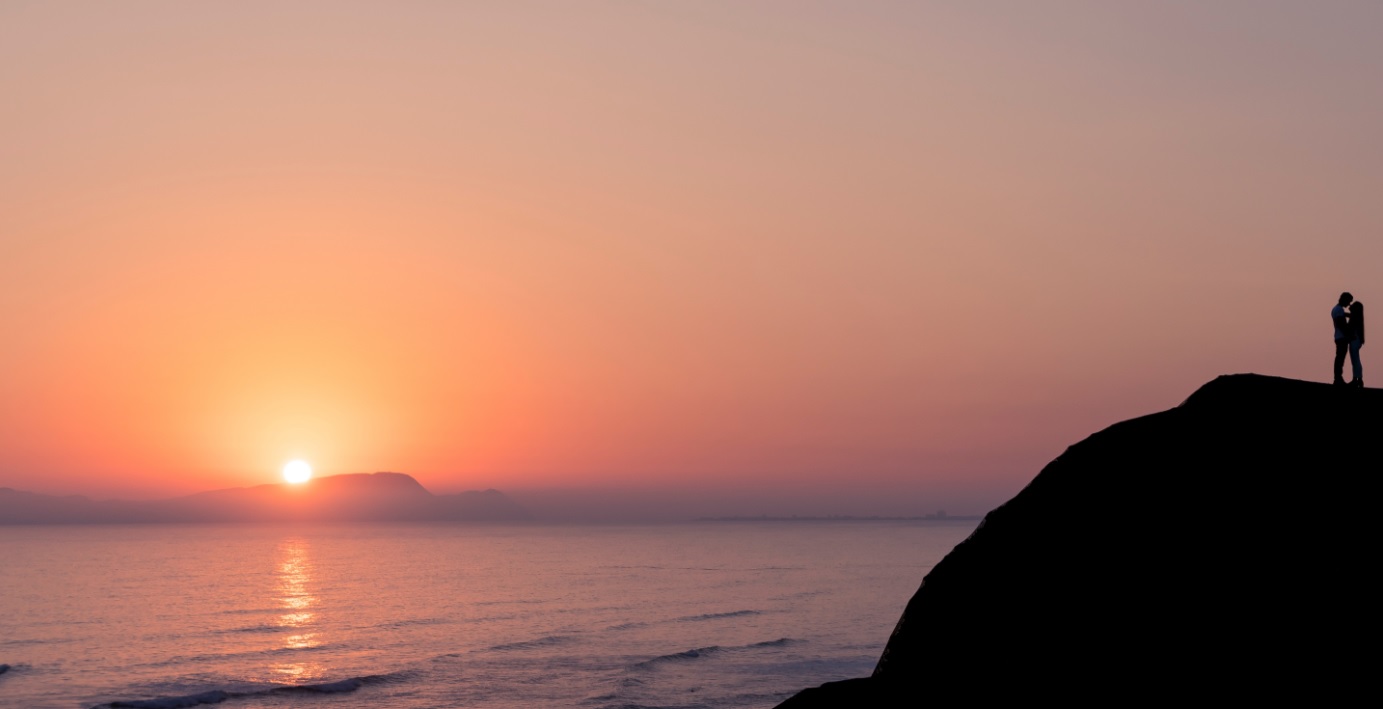 Beach in Lebanon— A Man, A Woman—

not in chiaroscuro but an inverse method
never dreamed of by Caravaggio— her shadow
all breeze and blown niqab and her head
like a plum stone in the shifting whisper’s shade.

Boats that haven’t been rowed for days curl up and belly
in a piece of sea that must be blue though’s grey
and the tiny villas on the hills seem to say: Where are we?
Byblos, maybe, by the building shapes and qualities of light.

Her eye line on the lens and his eye line on her underwear.
Her shadow makes his body dark; he holds her geometric dress
at the end of one kinked arm— bent at the wrist as David’s is.
The patch is cool and overhung— by trees upon a promontory.

The scurvy piles of stone must still be there, and the cutouts
of other men and women who were there then all promise us:
One day we’ll tell you what our stories were; what we did
that afternoon of warm dust between harbour deck and feet

naked as legs, stomachs, chests in the swimming sun;
and who we went with and their names. We’ll tell you
what was done as soon as the camera turns to capture us
in an act that has become a notion.