You are here: Home / Short Short / The Deceased’s Wife by Charles Milton Lee 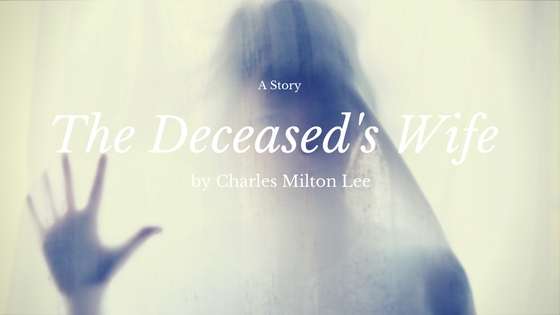 Three elderly women stood huddled in a corner of the funeral home, whispering and glaring at the deceased’s wife.

“Just look at her,” whispered one. “It’s her husband’s wake and she’s traipsing around in a bright muumuu and thongs. What a disgrace.”

“Well, truth be known, she supposedly never loved him and it shows,” said the second lady.

“Rumor has it she’s going to get over a million dollars from his life insurance,” said the third lady.

As Betsy Green drove home from her husband’s viewing she sang an upbeat song. She had never been so happy. Her husband’s death was ruled an accident and it happened just two days after he signed his new life insurance papers. It was all so perfect.

Of course, she would have to use some of the insurance money to have the defective valve in her heart replaced, but her cardiologist said it would be a piece of cake. There would be plenty of money left over to go to Europe, go on cruises, and live a life of luxury — things she had secretly dreamed about for a long time.
Once home she pampered herself with a relaxing bubble bath and a glass of wine, followed by another glass before crawling into bed. She looked forward to a good night’s sleep, maybe the best sleep in a long time.

About 1:00 a.m. she was awakened by what she thought was someone humming. She recognized it immediately as a Hank Williams song — “You’re Cheatin’ Heart.” Her husband was always singing Hang Williams songs. But he was dead and soon to be buried. So who could it be? Finally, after some nervous fretting, she told herself it was all a bad dream and tried to go back to sleep.

She was convinced that someone was standing at the end of her bed humming that song. Someone was trying to play a trick on her. And it wasn’t funny. She peered into the darkness and was certain the figure was a man. If it wasn’t her husband, who was it? Who could it be? She started to panic. She wanted to jump out of bed and run but she was too frightened to do so. She could feel herself trembling as she sat up in bed. Her throat tightened but she managed to say , “Who’s there? What do you want?”

As the humming got even louder, her trembling got worse. She could feel the whole bed shaking. She started gasping for breath. What…..what if he wasn’t dead? But he had to be. He was in the casket. But what if his death was a prank? It was Halloween. He always played pranks on Halloween, practically scaring her to death. But this was more than she could handle. This was too much. She could feel her heart pounding in her chest and pain shooting down her arm.

What….what if his death was a hoax and he actually wanted to scare her to death? He knew she had a bad heart. And, after all, she signed life insurance papers the same time he did. Coughing and gasping, she reached for the light by the bed but her heart gave out before she could turn it