You are here: Home / Short Short / Dream of a Late Husband By Kris Lester 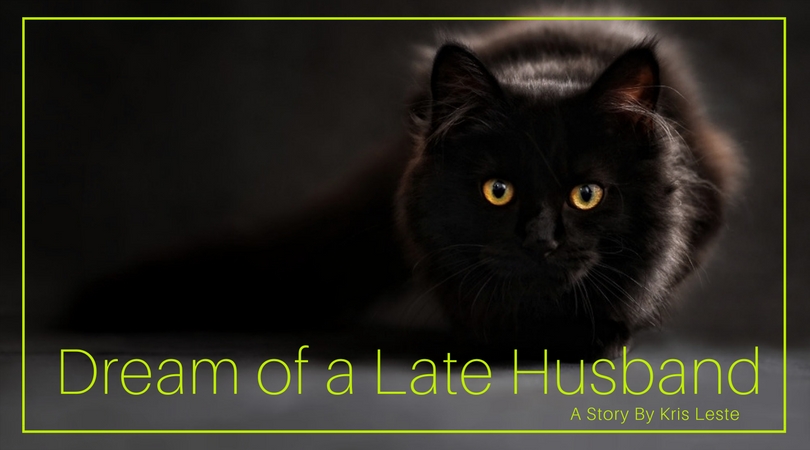 Dream of a Late Husband

In her dream, she sat motionless on the couch and watched the T.V., turned to mute. She couldn’t have told you what was on. She wondered what he was doing at this moment.

All of their beautiful memories from a life together surrounded her. Black cats in a furry swirl slept on the window seat. Stacked on the coffee table were photo albums with pictures of their colorful anniversary parties in green country fields. Worn books from two lifetimes of collecting classics lined the shelves. Trinkets from their travels to the highest points across the U.S. competed with each other in a curio cabinet.

She heard a sound that was familiar and unfamiliar. It was coming from outside, from somewhere behind her. She stood slowly and rounded the couch, making her way toward the row of widows which lined the southeastern side of the house to let in as much light as possible. She stood in a spray of sunlight before the windows and peered through her own reflection in the glass down to the gravel driveway.

The boy she saw was about 12 years old. He was playing with a black kitten that could have been a cousin to the one curled up on the window seat now. The boy was flying a kite above his head, almost up to the roof of the house, and the kitten was chasing the string, dangling from the boy’s hand. The kite had red and green and yellow sprays of color. The boy was laughing at the kitten bounding through the air, trying to catch the string. It was not the laughter of the grown man she had known but his little boy laughter that she recognized as the sound that was familiar and unfamiliar to her. She had not even known him then, yet here he was, letting her know that he was O.K. now. She watched him until he disappeared down the driveway, the kite and kitten trailing him, then she turned and walked back around the couch and sat down again, leaning back into the cushions, and closed her eyes.

When she awoke in the middle of the night, she felt lighthearted and free. She stood in the dark room, and feeling the contours of the couch with her hand, made her way back to the row of windows, now filled with black starry night. She couldn’t see down the driveway, but she knew he would always be there, and everywhere else she looked, chasing sunlight in her dreams both night and day.