You are here: Home / Horror Stories / Heart of the Matter by Loretta Martin 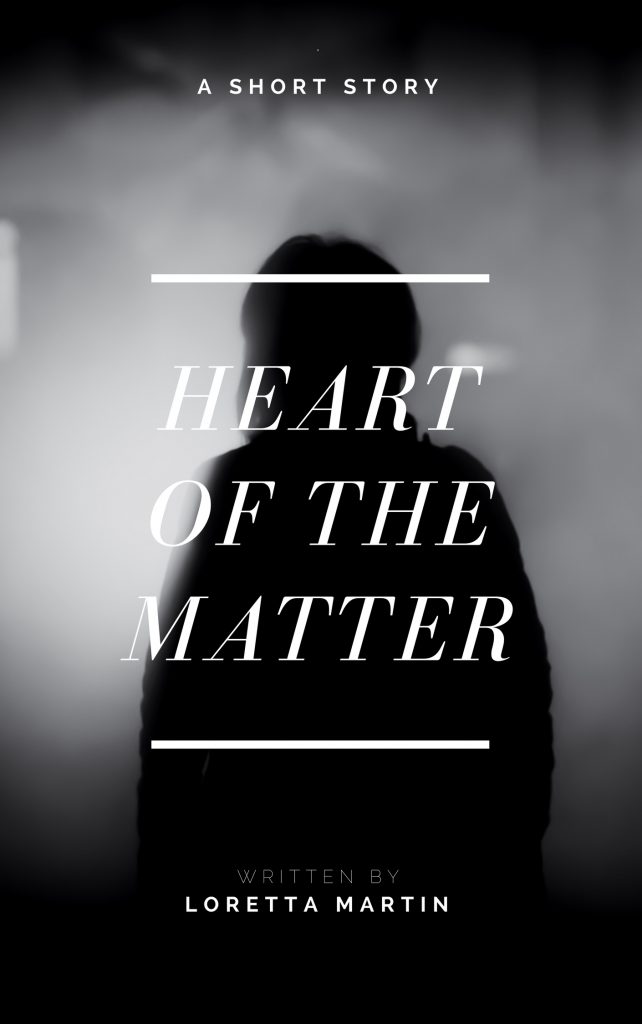 Heart of the Matter

The hot pain in May’s left side woke her. For a moment she was paralyzed, only able to flick her tongue across parched lips. She tasted salt from dried tears. Finally, she reached for the bedside lamp while pulling free from the floral-patterned bedsheets. That’s when she saw the dark patches, still damp.

She was bleeding. Again.

Although alone in her moonlit bedroom, May sensed an oppressive presence. She believed it to be the same force that invaded her sleep. She also believed it was the reason she clawed at herself, drawing blood.

The first time it happened was last year, when she turned 13. She’d had her first period a month earlier and thought the blood was of natural origin and had come while she slept. She’d awakened from a dream, sweat-drenched despite her air-conditioned room. The same dream had returned every month since then, each time ending with May clawing like an amputee scratching at a phantom limb. Sometimes she caught herself at it during waking hours.

In the dream, a shadowy figure beckoned. May couldn’t move to close the distance separating them, although she wanted to; nor could the figure come to her. They both longed to connect. Socially awkward and secretive by nature, May never spoke of these things, not even to her mother.

As always, the dream left her feeling depleted, lethargic, unable to rouse herself right away, even after the pain subsided. She lay there, running her fingers along her side, now sticky. It was pitted with scar tissue from the surgery performed following her birth. Her mother loved telling the story.

“I was so excited about twin girls that, by the sixth month I gave you anagrammatic names—May and Amy.”

The air in May’s bedroom shifted, as though the someone or something not there had moved. She mentally replayed her mother’s words.

“When you girls arrived prematurely, doctors discovered you shared a heart—conjoined twins they called you, joined at the chest. That’s why the ultrasound showed you always facing each other. They said you’d both die unless separated, but only one was likely to survive. For three weeks you girls lived with your faces only inches apart, connected by a narrow band of tissue. Imagine sharing the same air!”

As May grew, so too did the expanse of pebbled scarring, which she learned was called keloid tissue. It’s where Amy had lived before being scraped away like so much debris. Where she still lived.

May felt the weight of her sister’s presence, knowing she would never leave her side.

Loretta Martin is a writer and editor who lives in Lombard, IL, with her artist husband Phil. A former blogger, she writes fiction and nonfiction for on-line and in-print publications. Her work has appeared in local press and in Every Writer, Short Fiction Break, and (upcoming) Oyster River Pages.