You are here: Home / Horror Stories / The Birthmark by Loretta Martin 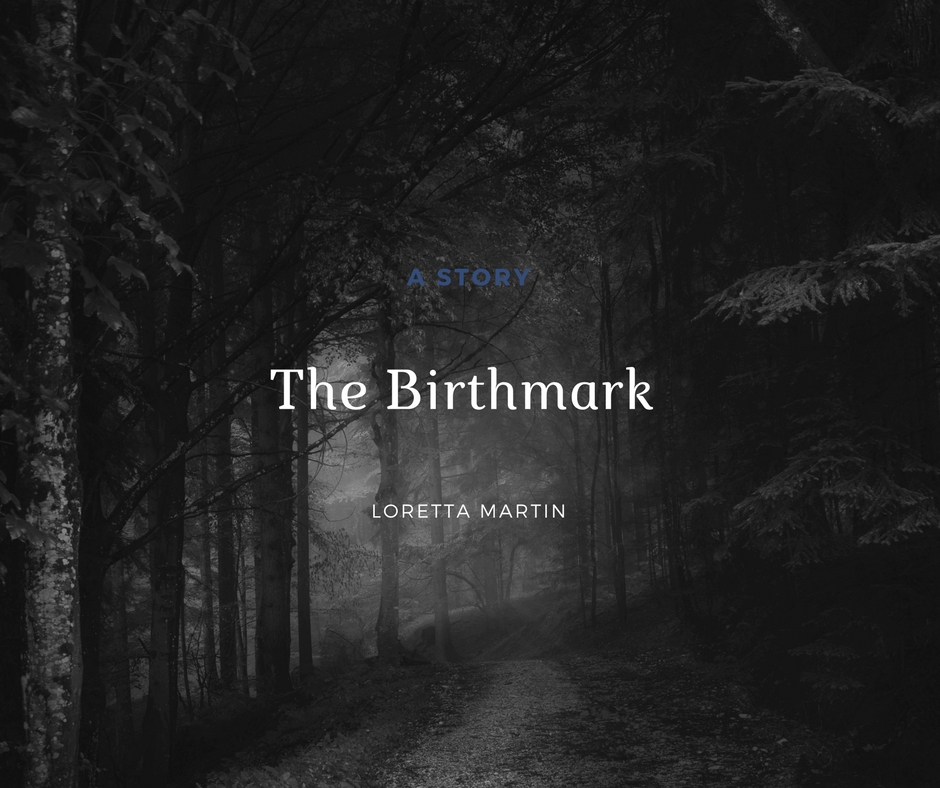 I was born with a birthmark that looked like a bruised flower. It trailed along the left side of my face, from hairline to where neck and shoulder met. I grew accustomed to open stares, sidelong glances, and children being chastised for pointing.

Mama, a midwife who townsfolk called the Bayou hoodoo woman, raised me alone. She wore intricate head wraps; animal teeth and bones dangled from her wrists, clattering with every movement. When her birthing skills weren’t needed, we kept to ourselves in our cottage outside town. She told stories of her childhood, and at night her throaty chants were my lullabies. When asked about the father I never knew, Mama gave the same cryptic answer, a satisfied smile in her voice.

“You will know him soon.”

I played alone, exploring backwoods trails, where I often came upon the long-abandoned LaFarge homestead, four miles west of town. Locals avoided the place, saying it was “bad” or had “gone sour.” I felt an inexplicable connection to it but never ventured past its closed gate, more out of respect than out of fear.

The main house stood on a hilltop, silhouetted against the tree-lined skyline; bare windows looked like blank-eyed sentinels. One window looked directly down on a well, the oak cover virtually rotted away. With the light just so, I thought a man looked out–no doubt the invention of a lonely boy growing up amid rumors about the inhabitants.

Claude LaFarge, blue-eyed with wild, flaxen hair and a stormy temperament, was known for sensual indiscretions. His wife Fiona, waiflike and auburn-haired, had mournful brown eyes and was said to resemble a porcelain doll, easily shattered. When she went into labor, LaFarge fetched Mama, ignoring his wife’s pleas (“Not that woman,” she wailed). Townsfolk said the baby never cried and believed it was “marked” by the father’s sins. No one was surprised when, on a full-moon night, Fiona threw herself down the well, taking her infant along. Everyone, however, was shocked when LaFarge followed them during the next full moon.

Mama woke me minutes before midnight on the eve of my seventh birthday.

”Come, a surprise,” she whispered, her excitement stoking my own.

As we moved through the woods, illuminated by a full moon, she chanted softly, the words indecipherable. Her rattling bangles were the only forest sounds.

We came upon the LaFarge homestead, gate now open, where three apparitions in drenched, tattered clothes waited by the well: a man with overgrown white hair and a dark-haired woman swaying beside him, holding an infant boy. A rippling luminescence arising from the well enveloped them in its glow. The baby had a birthmark, a purplish flower that snaked along the left side of his face from hairline to neck.

Mama’s words were the last sounds I heard.

“Your father has come for you. She took one son, but I demanded the other. It’s been seven years now, time to give you back.

Loretta Martin lives in a Chicago suburb with her artist husband, Phil, and Charlie, a Siamese fighting fish that gives her the “fish eye” whenever she plays online Scrabble to avoid writer’s angst. A former blogger, Loretta writes fiction and nonfiction for in-print and on-line publications. Her work has appeared in local press and in Every Writer, Short Fiction Break, Senior Alley, and Oyster River Pages.