You are here: Home / Short Short / The Message on Emily’s New Phone by Charles Lee 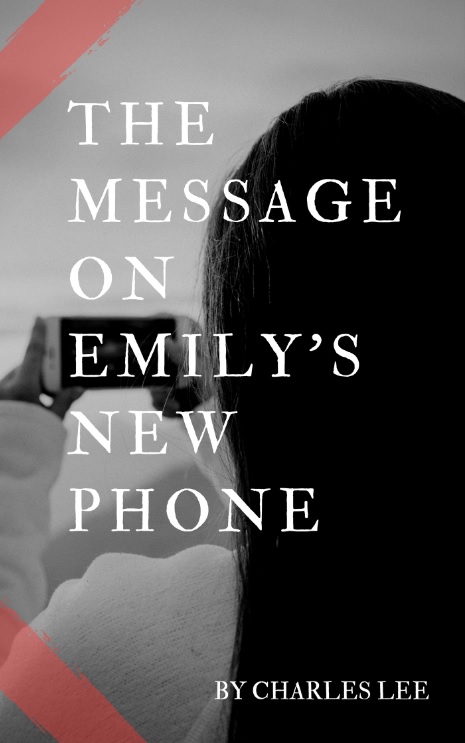 Emily Bradley wanted a smart phone for her tenth birthday. Her mother and step-father had been reluctant to give her one because they felt it was a luxury for a child to have, but finally agreed to surprise her with one for her birthday.

At bedtime, as Emily laid the phone on the stand beside her bed, she noticed a text message on the phone. She was surprised because no one knew she had a phone.

She picked up the phone and read the message. “Good news. Now we can talk.”

She was about to turn out the light when she noticed another message. “Please respond. Important.”

Emily decided to take the risk violating her parents’ rule and respond.

Another message appeared. “Sorry to shock u.”

“My name is Brogan,” the next message said.

Emily got upset. This has gone far enough, she thought.

Emily became frightened. A lunatic had somehow gotten her number.

Another message appeared. “U MUST believe me. Your life’s in danger.”

Emily began to tremble but felt herself being drawn into this strange mystery on her phone. She decided to respond.

“Trust me. My spirit can create text messages on your phone.”

Another text appeared. “Come to Bexley Cemetery after school. Bring your phone.”

“To prove I’m your brother.”

“Sorry. Just trying to save your life.”

The next day after school, Emily dreaded the idea of going to the cemetery alone but was too curious not to go. As she got to the cemetery, a text appeared on her phone.

“Read the headstone,” the text said.

Emily looked at the inscription. It said: Brogan J. Bradley.

The year of the death was the year Emily was born.

“See. I’m your brother. He killed me. Made it look like an accident.”

“He did it for insurance money. Sorry, I tried to warn you.”

Emily heard a voice behind her. “It’s too bad you got the phone, Emily.”

Emily turned and saw her step-father. He had a cell phone in one hand and a rope in the other.

Charles Lee is a retired college professor who now enjoys creative writing, oil painting, volunteering, and gardening. He lives an active lifestyle with his wife in a retirement community in Tallahassee, FL.