You are here: Home / Featured / The Tattoo by Michael Clark 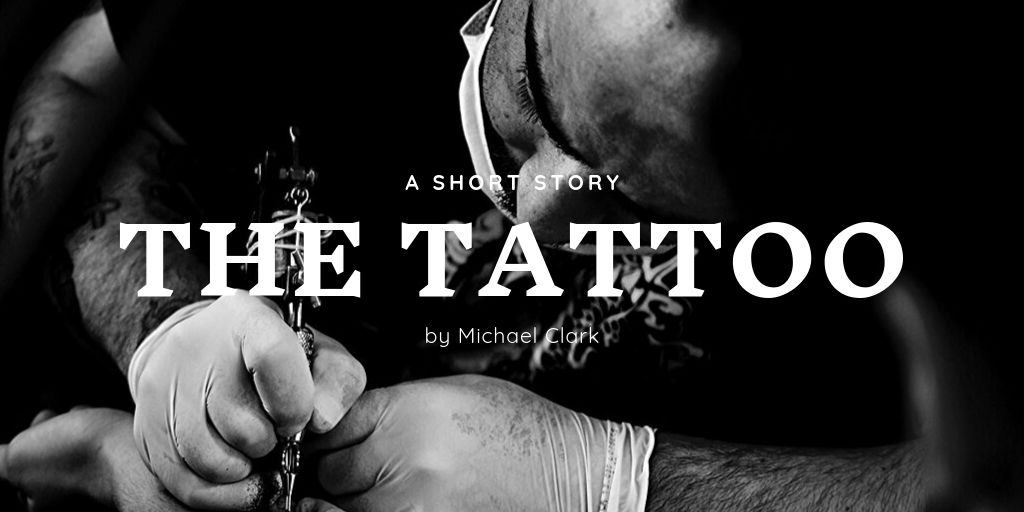 Shanika had known him since she was 12. She always thought that she hated him.

He was an asshole. His temper volatile. However now she realizes that he was her asshole. Despite all of the vitriol and hatred that she had personally piled on him and encouraged her younger siblings to as well, her “Mom’s Husband” had always been there for her.

When he called off work and rented a tux for the father daughter dance, he was just her Mom’s husband.

Flew her biological father to her graduation, paid for the ticket, let him stay at his house, her mom’s husband.

Held her during her first heartbreak while her mother was in the Philippines, her mom’s husband.

When she thought she was pregnant he had taken her to the doctor and didn’t tell her Mom.

When she admitted it in anger he had faced her Mother’s resentment and never blamed her.

When her mother put her out he had told His wife that if Shanika left so did he. He was still just her Mother’s Husband.

No matter how often he picked her up from work or loaned her money, covered for her, gave her his last he was not her father and he would always be simply some guy who had married her mother.

She saw the accident, the flames, the tangled burning mess, the skull aflame in the car that he loved so much.

He was supposed to be picking her up from work.

He had just finished his own 16 hour shift preceded by 16 hours the day before.

When he wasn’t there she called him several times.

Finally she had been forced to take an Uber.

She was cursing him out from the backseat of the Uber when she saw the fire trucks and the police cars. Shanika recalls smelling the odor of his flesh cooking remembers that it reminded her of the roller foods at her job.

It took her a long time to put the guilt she felt at Dennis’s death behind her. Time and counseling.

She felt that she needed to do more.

That she needed to honor the ex-gangbanger, ex-con, man that had tried to love her. She wants to celebrate him in some way now that he is dead.

The tattoo parlor is the type of place he would have loved. It smelled like Marijuana and unrecognized potential.

Potential, that she knows Dennis “D-Nice” Wells would have attained to had he not quit school and taken on a second job.

Potential, that was buried by his love for her mother and his willingness to care for four children that were not his. Four children who reminded him of the fact that he is not their father all the while that he worked to feed them.

The tattoo artist is older and when she tells him what she wants He asks if it is the same D-Nice he knew.

Because the tattooist knew her step-father, The Rip D-Nice is a lot more elaborate then Shanika had intended.

All of the things the man himself had been.

She knows it won’t bring him back, knows that it’s too late for apologies.

The tattoo matches the man.

The only dad she’s ever known. Her stepdad.