You are here: Home / Stories and Poems / “The Writer” by Eric Robert Nolan 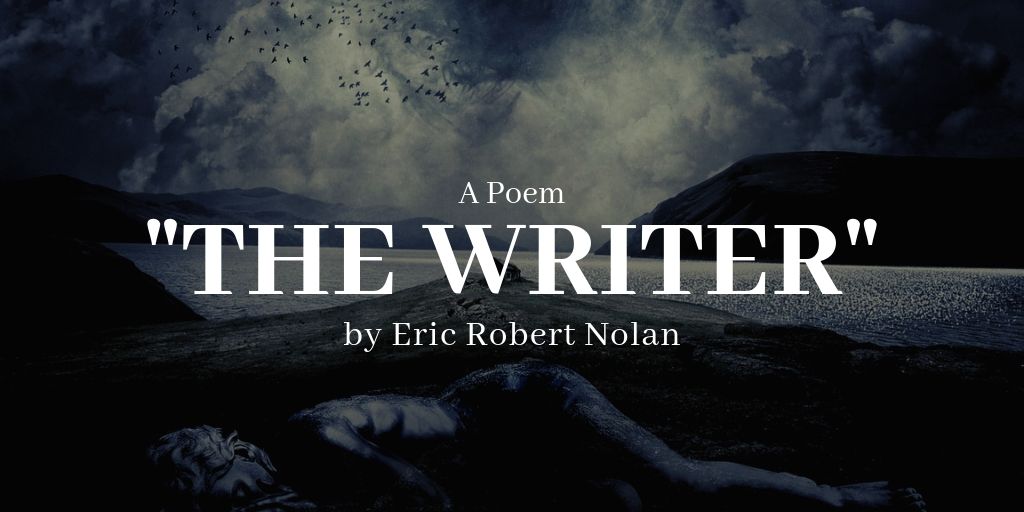 At night he dreamt of birds, thou­sands of them,
impris­oned in his house.

Ravens screamed in the attic.
Spar­rows pan­icked in the hall.
He sat at his desk. A Jay pecked
Fran­ti­cally at his shirt sleeve.

The base­ment door revealed
Tor­rents of finches, erupt­ing in the dark
A loud gray storm
Of beaks and tiny claws.

He crossed the room.
Owls
Moaned under the floorboards.

Pea­cocks plead in the oven.
In a jar of sugar
Tit­mice strug­gled for air.

At his desk were
Pho­tographs, let­ters
Pens and a half dead Marten.

He reached for his old brown afghan but felt
Bone and feather
The heav­ing brown breast
Of a starv­ing eagle.

Some­times the scratch
Of pen against paper brought
Respite from birdsong:

Two less wings against the silence
One less voice in that
Trou­bled aviary.

A par­rot perched
On his paper stacks.
“Remorse,” it offered fee­bly.
“Regret,” he answered back. 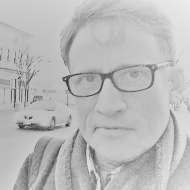 Eric Robert Nolan’s debut novel is the postapocalyptic science fiction story, “The Dogs Don’t Bark In Brooklyn Any More.” It was published by Dagda Publishing on November 19th, 2013, and is available at Amazon.com both in paperback and for Kindle.

His poems and short stories were also included in six anthologies: Dagda Publishing’s “Threads” in 2013; Dagda Publishing’s “All Hail the New Flesh” in 2014; Peeking Cat Poetry Magazine’s 2016 Anthology, 2017 Anthology and 2018 Anthology; and Down in the Dirt’s “The Flickering Light” in 2019. Eric’s science fiction/horror story, “At the End of the World, My Daughter Wept Metal,” was nominated for the Sundress Publications 2018 Best of the Net Anthology.

Eric also currently enjoys partnering with Philippe Atherton-Blenkiron and Dennis Villelmi on The Bees Are Dead, a transatlantic webzine devoted to dystopian and post-apocalyptic prose, poetry, art and photography.