You are here: Home / Resources for Writers / What is a complete sentence? 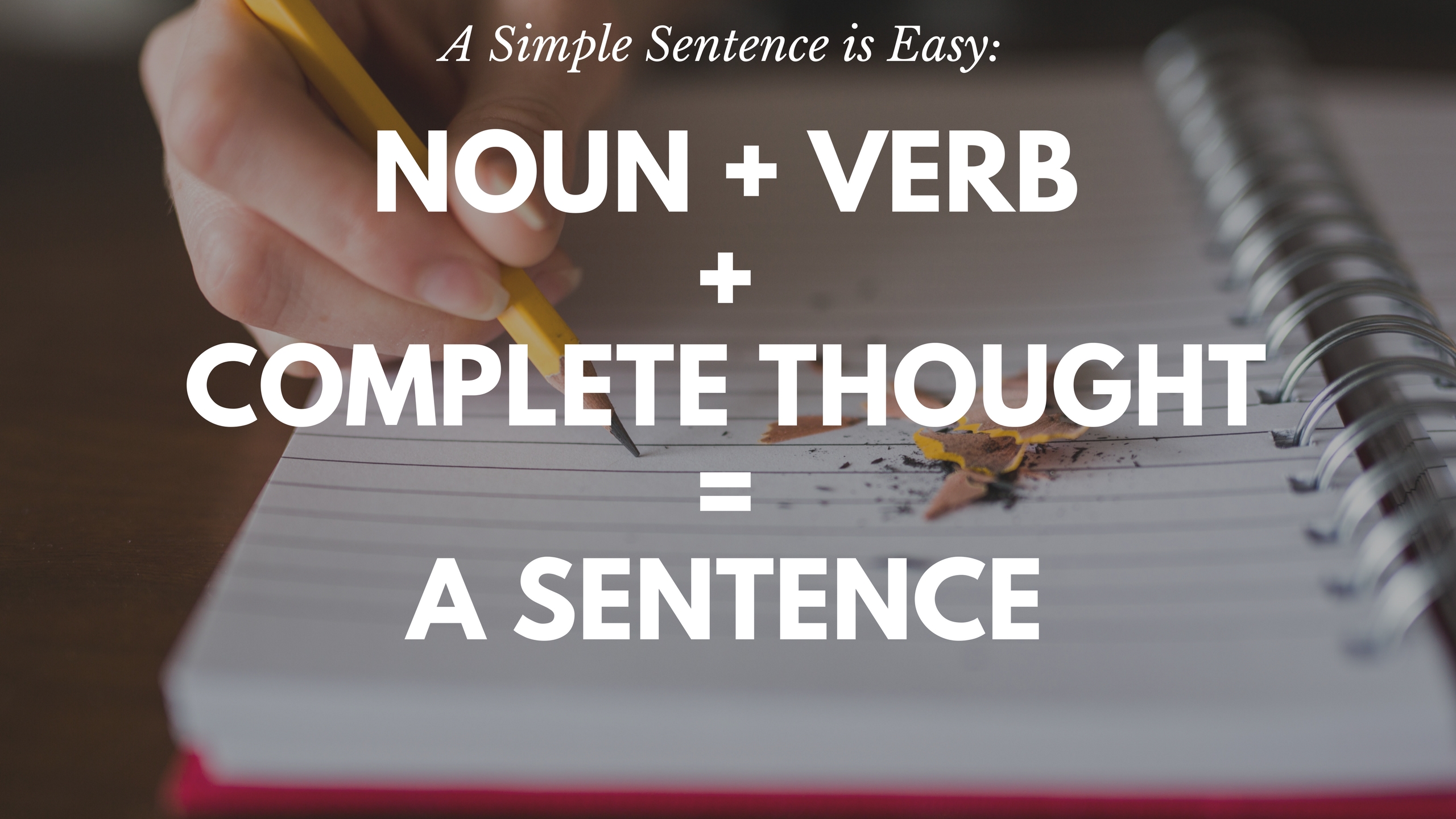 A complete sentence is simple a NOUN (or Pronoun), VERB AND a Complete thought. If you can put these 3 things together with a capital at the beginning and punctuation at the end, you’ll have a complete sentence.

So to learn what a sentence is, it is easiest to start with the basics. We you have a NOUN, VERB and A COMPLETE THOUGHT. You have the most basic sentence or what we call an independent clause. This means the Clause can stand on its own, and it is a sentence.

Tom went to the store.

Tom is our noun. Went is our verb. Your Elementary school teacher used to ask, What did Tom do? He went to the store. It answers a question, so it is a complete thought.

You can also look at this way: Tom is our subject. The rest of the sentence is basically or predicate. I’m not going to get any more complicated with this.

Looking at a sentence this way we can see very easily what problems sentence are.

What is a run on sentence?

A run on sentence is when you have too much of a sentence. That means that we have more than a NOUN, VERB and COMPLETE THOUGHT not properly put together.

Tom went to the store he bought some milk.

Notice in this example we have 2 sentences. Tom went to the store. Is a noun, verb and complete thought, and he bought some milk is also a noun, verb complete thought. You have to connect these sentence properly or you get a run on. You can learn about compound senesce (how to hook them together) on our compound sentences page or you can read our run-on sentences page for more on run-ons.

What is a sentence fragment?

A sentence fragment is a sentence that is missing either a noun, verb or complete thought. Simple right?