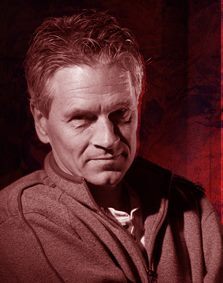 Ken Meyer Jr. has worked in/on comics, books, magazines,cds, role playing games and in the fields of military training, corporate training and educational media. He has worked with musician Tori Amos on a tour book and the RAINN benefit calendar. He has done illustrations for The Savannah College of Art and Design, Magic the Gathering, and Bell Helmets, and had a gallery in an issue of Heavy Metal Magazine. He has both a children’s book and a fantasy/horror art book in print, as well as appearing in “The Gathering”, a book with new work by 49 of the
early Magic artists. He also writes a monthly column on the fanzines of the past at comicattack(dot net). He has been nominated for the Eisner award, the “Oscar” of the comic book field.

Ken possesses an MFA from the Savannah College of Art and Design in Sequential Art as well as a BFA in Illustration, also from SCAD. His work hangs in homes and businesses worldwide. He has lived in 15 states as well as overseas, and now resides in southern California with his wife and two daughters.

He doesn’t sleep much.