You are here: Home / Art / Art by Richard De Wolfe 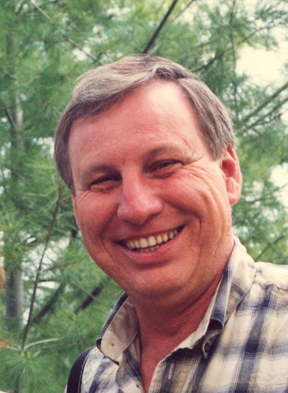 The Thousand Islands region of Ontario, Canada, was the perfect backdrop for a childhood filled with adventure for Richard De Wolfe, an artist who still identifies strongly with rural life. The forests, fields, and of course the mighty St. Lawrence River, made the wonders of nature come alive for him.

The art of Richard De Wolfe has been very popular ever since his first one-man show at the age of eighteen. That show was a sell out, supplying him with commissions for many months after. He went on to spend twenty-five years as an illustrator, producing paintings for national and international corporations such as General Motors, Pepsi-Cola, and Sony.

“I believe that working as an illustrator was the best training I could possibly have had. The wide variety of subjects and tight deadlines forced me to hone my skills and become very proficient as a painter. I feel that many of the finest painters alive today are former illustrators,” Richard says.

Richard’s subject matter is wide-ranging and ever changing. He has painted landscapes and wildlife extensively, but also paints still-life subjects, farm and family scenes, boats, horses and just about anything that catches his eye and imagination. When asked what he wants to accomplish through his art, Richard says, “The important thing is to help people to see what I see and feel what I feel about a subject. What you paint is far less important than how you paint it.”

Together with his wife Mary, Richard lives on a horse farm near Kingston, Ontario, where he can study and paint scenes of farm and rural life as well as the wildlife, which is all around him. Richard’s work is available in prints as well as originals. He has participated in many prestigious art shows such as Wildlife Habitat Canada Stamp Competition, the Wye Marsh Festival, and Canadian Artist and Photographers in Communication Annual Exhibition. Richard is listed in Who’s Who in Ontario.

Richard’s originals and prints are available on the web at his site, or by email at info@richarddewolfe.com.