You are here: Home / Articles On Writing / Going to be a Writer? Here are 5 things you need to love. 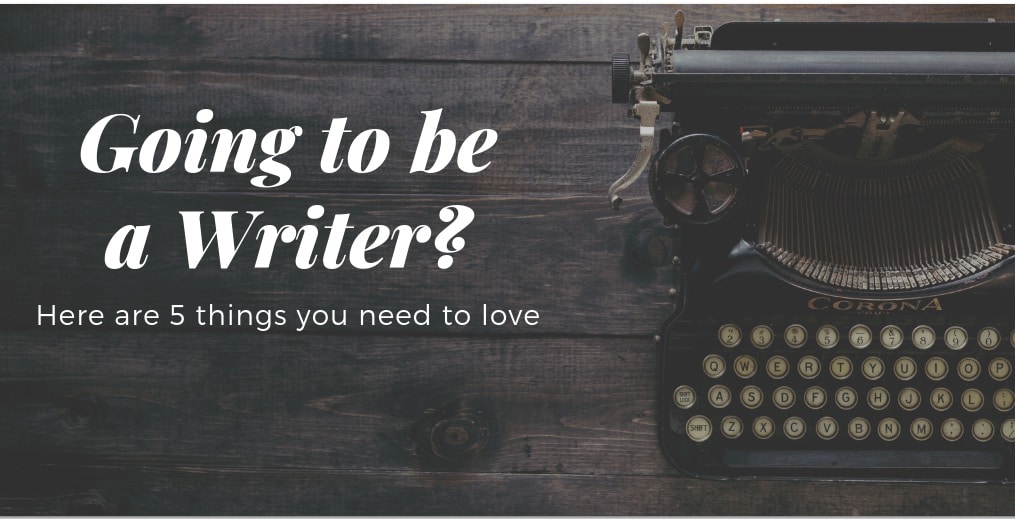 There is a tendency on the part of non-writers to romanticize the professional lives of writers. For many young writers starting out, this same romanticism is what drives them to write.

But the reality of being a famous writer is very different from the fantasy version. If you’re on the path to writing greatness, you’ll have to embrace some of these realities:

Though most professional writers adhere to rigorous routines when it comes to their writing, some take it further than others. Writer Haruki Murakami’s routine involves waking up at 4am followed by 5-6 hours of writing, a long run or swim, reading or listening to music and going to sleep by 9p.m. Joyce Carol Oates also writes for hours every morning. Stephen King is famous for his 2,000 words a day practice with no exceptions.

Accept very hard work and consistent routine as part of being a great writer. People think of F. Scott Fitzgerald and his famous partying. Or Ernest Hemingway’s boozing and bohemian lifestyle. They imagine that being a celebrated writer is a luxurious craft, filled with lazy days composing and drinking. It’s difficult to estimate the amount of rigorous, sober discipline required in order to write a book, let alone a great one.

Not everyone will love you. In fact, a lot of people won’t. And for the mere fact that you’ve put your thoughts out before the public, many people will treat your book as though it were a pinata. You’ll be run over the coals, your intellect, integrity and very existence will be subject to a loathing that feels incredibly personal. Elizabeth Gilbert commented about the follow-up book to her bestseller Eat Pray Love that “Half the population will hate it because it’s not Eat Pray Love. The other half will hate it because it’s proof that I still lived.” You’ll have to learn to take in the criticism that’s valuable and ignore that there is someone hating you for the set of values and ideas that you may or may not represent.

When you become well-known as a writer, you may be a bit shocked after spending so much time in solitude working on your book by how public your life has suddenly become. People want to know intimate details about you, your relationships, your writing process, your childhood and anything else they can get their hands on. Perhaps the writer who most vehemently defended his right to privacy was J.D. Salinger who refused to have pictures of himself released and refused interviews for more than three decades of his life.

That didn’t stop those who knew him from publishing things about him: his young lover Joyce Maynard or his daughter Peggy who wrote an autobiography revealing intimate details of his strange habits and neurosis. Being a great writer means having fans, and having fans means prying eyes. You’ll have to learn to defend your right to privacy in ways you may not have imagined before.

Writers are basically seething cauldrons of self-doubt. During their years of writing in relative obscurity, they’ll doubt their sanity, their talent, their intellect. If you think writing a well-received book will change any of that, you’re wrong. It may give you a moment of relief that you aren’t totally crazy and people actually value your work. Sometimes, the pressure of following up a successful book can be difficult to overcome. Elizabeth Gilbert struggled to get back on the horse after the crazed success of her autobiography. Writers like Truman Capote who never wrote another book after In Cold Blood or Ralph Ellison whose single novel Invisible Man remained his only offering for decades, can be crushed by their own success.

Writing is hard. It’s emotionally draining, psychologically torturous and intellectually exhausting. Anne Lammott describes the effects in this passage: “I tell my students that the odds of getting published and of it bringing them financial security, peace of mind, and even joy are probably not that great. Ruin, hysteria, bad skin, unsightly tics, ugly financial problems, maybe: but probably not peace of mind.” But, she adds, “I tell them that I think they ought to write anyway.”

Janice Kersh is an experienced blogger and editor at writing service. She is addicted to literature and her true passion is both to learn and teach creative writing. Find her on Twitter as @JaniceKersh.