D. C. Wright-Hammer is the innovative, independent author behind the Between Two Mind series. Born and raised in Northwest Indiana, his family, friends, and experiences from “The Region” were paramount in shaping him as a person and author. D. C. is currently employed by a large Chicago-area software company as a certified scrum product owner, and he spends his free-time with his wife and two children. He enjoys reading indie sci-fi, thriller, and fantasy books, and he supports other indie authors via twitter, facebook, his website, and the YouTube channel he co-hosts entitled, “Writers’ Row.” 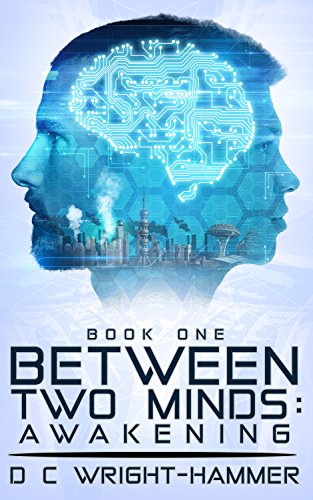 Every Writer: What are you hoping to accomplish, in Science Fiction, with The Between Two Minds series? Is there something different you are hoping to bring to the genre?

DCWH: I love the concept of challenging the reader. I think the storyline of the series is compelling on itself own. But I want to tell it in ways that produce meta experiences for the reader, they not only see in words what the main characters are going through, but they actually feel some of it as well.

Every Writer: In Between Two Minds: Awakening your protagonist starts off as a paraplegic. What kinds of research did you do to make the experiences of this character seems so real?

DCWH: Ryan’s paralysis is more of a driver of the story than something that needs to be explained. I tried to give his condition just enough explanation to be believable. To that end, I researched lower spinal deformations or injuries that could make someone paralyzed. I did a little digging on the life of a paraplegic. Even with all of the advances that have been made to recognize the way differently-abled folks need to live, they still struggle to get by, and they’re often overlooked. That’s a tough reality to live in, and I tried to capture that with Ryan’s memories of growing up.

Every Writer: Ryan, your protagonist, suffers through some “obsessions.” What kind of research did you in psychology for your writing?

DCWH: On psychology, not a lot. I put myself in Ryan’s head. How obsessed would someone be if they’d always been a paraplegic, and they’d always dream of walking? Would they save for a decade to overcome it? Would they throw caution to the wind and ignore all the warning signs just to overcome it? I think the line between obsession and desperation can be thin, and in Ryan’s case, he might have been more the latter.

Every Writer: One of the things that is said about Between Two Minds: Awakening over and over again, is that it is fast-paced. What techniques did you use to keep the pace up in your writing?

DCWH: For the BTM series, I start every chapter with the goal being unclear. Readers spend mental cycles getting up to speed, and before they know it, they’re buying into the goal of the chapter. I also write episodically, meaning, that each chapter tells a small (but not self contained) tail by itself. If you think of my first two books as miniseries instead of novels, you’ll have a much better experience with them.

Every Writer: Is there something about Science Fiction that speaks to you more than other genres?

DCWH: Absolutely. From an early age, I was fascinated with science. But when money and politics get involved, it gets scary because truth, reason, and logic get overshadowed by power and profits. As Ian Malcolm had said in Jurassic Park, “Your scientists were so preoccupied with whether they could, they didn’t stop to think about whether they should.” Progress comes at a cost, but it doesn’t have to be catastrophic if scientific discovery is the basis for research rather than furthering the wealth of individuals or corporations. 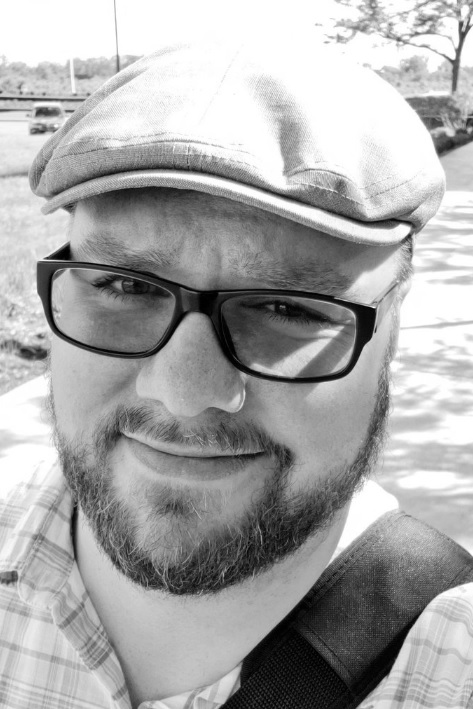 Every Writer: How did you get started in writing? What was it that drew you to the writing and creating process?

DCWH: I’ve always been creative with music and video production. But I’ve always wanted to tackle writing. I dabbled in writing fiction in late high school and early college, but life got in the way. In 2014, I had some very troubling health issues, and I had a thought. “If my body is failing me, why can’t I just move my mind into a healthy one.” That sparked it all. I began writing on and off for the next three years, and I turned out Awakening in the summer of 2017.

Every Writer: Growing up in Indiana did you find encouragement in writing? Was there something that caught your imagination that got you creating worlds?

DCWH: It has definitely shaped me as a person and writer. Northwest Indiana is a microcosm of the country. The population is getting more and more diverse, and you have poor, middle class, and well off folks living in relatively close proximity. My dad was steel worker for years, and my mother stayed home. If nothing else, this working class upbringing made me realize the nuance in people’s backgrounds and personalities and affords me the ability to write more realistic characters.

Every Writer: What authors and works have most influenced you in your writing? Do you feel like your work is particularly influenced by a certain author or certain work?

DCWH: Surprisingly, I’ve been a poor reader most of my life. For Book One, I had gotten most of my influence from movies. The philosophy in The Matrix was awesome. Avatar’s concepts were really interesting, even if the story was a bit bland.

Every Writer: What unique problems do you feel indie-authors face in the publishing world? How are you coping with those problems?

DCWH: There’s a whole host of problems from finding talented but reasonably priced help with editing, interior and cover design, and self-publishing. To some extent, you have to roll the dice on people who come highly recommended. I think my experience has been fine, though, I am looking for better value from my service providers in the future. Obviously, everyone deserves to be paid for their labor. I just want to make sure the rate is competitive.

That said, without a doubt, the biggest challenge to indie authors is marketing. Most of us don’t know where to begin, and even if we did, we’re working on shoestring budgets. I have tried the throw and stick method. Throw a bunch of things at the marketing wall, and see what sticks. I’ve tried word of mouth (great to begin), Amazon ads (eh), Facebook ads (mixed results), doing interview like this, and interacting on social media (okay). I’ve actually taken a step back to build my brand rather than try too hard to sell books. I started a YouTube channel called “Writers’ Row” with David Gane, another indie author, and so far, it’s been getting a lot of attention. We’ll see how it pans out.

Every Writer:  What was the most difficult thing you found about publishing your work as an indie-author? What step in the process do you think is more challenging for writers?

DCWH: The process in and of itself seems so enormous that, for everything you know, there always seems to be five things you don’t. So, the hardest thing for me was pushing forward even though there are more unknowns than knowns. Obviously, research can help. More than anything, having support groups like #writingcommunity on twitter and the Indie Author Coalition on Facebook have made things a lot easier for me.

Every Writer: You are prominent member of the Twitter #writingcommunity, how does staying in contact with other authors help your writing?

DCWH: Haha “prominent” might be a strong word. I think I’ve hung around and done enough to prove that I’m a well-meaning, helpful member of the community. If anything, being among writers has shown me areas where I need to improve in brand building and marketing. In terms of writing, I’ve been on a break from intense writing for several months. I’ll do 1-2k words a month, while I’m still establishing the business side of writing.

Every Writer: What is your dream in writing? What would you like to accomplish as an author? (Make a living off your writing?)

DCWH: It would be amazing to live off writing. My wife said if I could come close to matching my current salary, I could do it. But short of that, I just want to leave my imprint on the world. I want my children to take pride in the fact that their father has written some compelling fiction; he established himself as an indie author champion, and he is someone who has a reputation for begin a good person.

Every Writer: What advice would you give a writer just starting out?

DCWH: Develop a plan for your author brand that includes your own definition of success. Break that plan into smaller goals that are achievable. Don’t get discouraged if some goals are harder to achieve than others, just stick to the plan and work your way toward success.

For some, it might be as simple as self-publishing, and they don’t care to market or anything else beyond. That’s okay. Others may want to become a full-time writer. Just don’t let the opinions of others dictate your success.

Every Writer: What is your next project? What work in progress are you facing down next?

DCWH: I’m about 55k works into a standalone speculative fiction thriller. Hoping to have that ready for publishing later this year or early next. Additionally, I’m working on Book Three of Between Two Minds. My goal in the series has always been to challenge my readers to experience the story more than just mindlessly read it. Book Three is going to take that to a whole new level.

Editor’s Note: As the editor of Every Writer, I highly recommend the Between Two Minds series. You can and should purchase copies of both books on Amazon. Buy the series and remember to Support indie-authors.