You are here: Home / Classic Articles on Writing / Mark Twain on First Getting Published (1906)

Mark Twain on First Getting Published (1906) 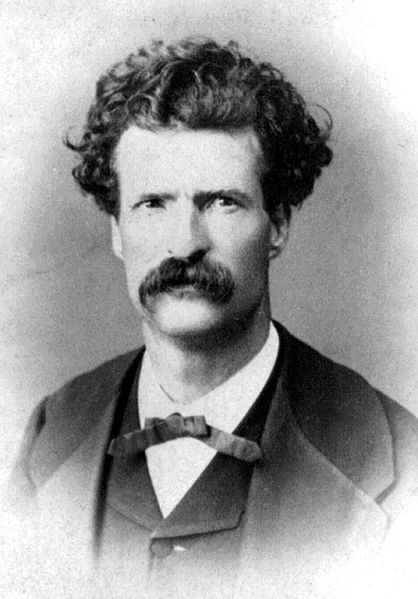 My experiences as an author began early in 1867. I came to New York from San Francisco in the first month of that year and presently Charles H. Webb, whom I had known in San Francisco as a reporter on The Bulletin, and afterward editor of The Californian, suggested that I publish a volume of sketches. I had but a slender reputation to publish it on, but I was charmed and excited by the suggestion and quite willing to venture it if some industrious person would save me the trouble of gathering the sketches together. I was loath to do it myself, for from the beginning of my sojourn in this world there was a persistent vacancy in me where the industry ought to be. (“Ought to was” is better, perhaps, though the most of the authorities differ as to this.)

Webb said I had some reputation in the Atlantic States, but I knew quite well that it must be of a very attenuated sort. What there was of it rested upon the story of “The Jumping Frog.” When Artemus Ward passed through California on a lecturing tour, in 1865 or ’66, I told him the “Jumping Frog” story, in San Francisco, and he asked me to write it out and send it to his publisher, Carleton, in New York, to be used in padding out a small book which Artemus had prepared for the press and which needed some more stuffing to make it big enough for the price which was to be charged for it.

It reached Carleton in time, but he didn’t think much of it, and was not willing to go to the typesetting expense of adding it to the book. He did not put it in the waste-basket, but made Henry Clapp a present of it, and Clapp used it to help out the funeral of his dying literary journal, The Saturday Press. “The Jumping Frog” appeared in the last number of that paper, was the most joyous feature of the obsequies, and was at once copied in the newspapers of America and England. It certainly had a wide celebrity, and it still had it at the time that I am speaking of—but I was aware that it was only the frog that was celebrated. It wasn’t I. I was still an obscurity.

Webb undertook to collate the sketches. He performed this office, then handed the result to me, and I went to Carleton’s establishment with it. I approached a clerk and he bent eagerly over the counter to inquire into my needs; but when he found that I had come to sell a book and not to buy one, his temperature fell sixty degrees, and the old-gold intrenchments in the roof of my mouth contracted three-quarters of an inch and my teeth fell out. I meekly asked the privilege of a word with Mr. Carleton, and was coldly informed that he was in his private office. Discouragements and difficulties followed, but after a while I got by the frontier and entered the holy of holies. Ah, now I remember how I managed it! Webb had made an appointment for me with Carleton; otherwise I never should have gotten over that frontier. Carleton rose and said brusquely and aggressively,

I reminded him that I was there by appointment to offer him my book for publication. He began to swell, and went on swelling and swelling and swelling until he had reached the dimensions of a god of about the second or third degree. Then the fountains of his great deep were broken up, and for two or three minutes I couldn’t see him for the rain. It was words, only words, but they fell so densely that they darkened the atmosphere. Finally he made an imposing sweep with his right hand, which comprehended the whole room and said,

“Books—look at those shelves! Every one of them is loaded with books that are waiting for publication. Do I want any more? Excuse me, I don’t. Good morning.”

Twenty-one years elapsed before I saw Carleton again. I was then sojourning with my family at the Schweitzerhof, in Luzerne. He called on me, shook hands cordially, and said at once, without any preliminaries,

“I am substantially an obscure person, but I have at least one distinction to my credit of such colossal dimensions that it entitles me to immortality—to wit: I refused a book of yours, and for this I stand without competitor as the prize ass of the nineteenth century.”

It was a most handsome apology, and I told him so, and said it was a long-delayed revenge but was sweeter to me than any other that could be devised; that during the lapsed twenty-one years I had in fancy taken his life several times every year, and always in new and increasingly cruel and inhuman ways, but that now I was pacified, appeased, happy, even jubilant; and that thenceforth I should hold him my true and valued friend and never kill him again.

I reported my adventure to Webb, and he bravely said that not all the Carletons in the universe should defeat that book; he would publish it himself on a ten per cent. royalty. And so he did. He brought it out in blue and gold, and made a very pretty little book of it, I think he named it “The Celebrated Jumping Frog of Calaveras County, and Other Sketches,” price $1.25. He made the plates and printed and bound the book through a job-printing house, and published it through the American News Company.

In June I sailed in the Quaker City Excursion. I returned in November, and in Washington found a letter from Elisha Bliss, of the American Publishing Company of Hartford, offering me five per cent. royalty on a book which should recount the adventures of the Excursion. In lieu of the royalty, I was offered the alternative of ten thousand dollars cash upon delivery of the manuscript. I consulted A. D. Richardson and he said “take the royalty.” I followed his advice and closed with Bliss. By my contract I was to deliver the manuscript in July of 1868. I wrote the book in San Francisco and delivered the manuscript within contract time. Bliss provided a multitude of illustrations for the book, and then stopped work on it. The contract date for the issue went by, and there was no explanation of this. Time drifted along and still there was no explanation. I was lecturing all over the country; and about thirty times a day, on an average, I was trying to answer this conundrum:

“When is your book coming out?”

I got tired of inventing new answers to that question, and by and by I got horribly tired of the question itself. Whoever asked it became my enemy at once, and I was usually almost eager to make that appear.

As soon as I was free of the lecture-field I hastened to Hartford to make inquiries. Bliss said that the fault was not his; that he wanted to publish the book but the directors of his Company were staid old fossils and were afraid of it. They had examined the book, and the majority of them were of the opinion that there were places in it of a humorous character. Bliss said the house had never published a book that had a suspicion like that attaching to it, and that the directors were afraid that a departure of this kind would seriously injure the house’s reputation; that he was tied hand and foot, and was not permitted to carry out his contract. One of the directors, a Mr. Drake—at least he was the remains of what had once been a Mr. Drake—invited me to take a ride with him in his buggy, and I went along. He was a pathetic old relic, and his ways and his talk were also pathetic. He had a delicate purpose in view and it took him some time to hearten himself sufficiently to carry it out, but at last he accomplished it. He explained the house’s difficulty and distress, as Bliss had already explained it. Then he frankly threw himself and the house upon my mercy and begged me to take away “The Innocents Abroad” and release the concern from the contract. I said I wouldn’t—and so ended the interview and the buggy excursion. Then I warned Bliss that he must get to work or I should make trouble. He acted upon the warning, and set up the book and I read the proofs. Then there was another long wait and no explanation. At last toward the end of July (1869, I think), I lost patience and telegraphed Bliss that if the book was not on sale in twenty-four hours I should bring suit for damages.

That ended the trouble. Half a dozen copies were bound and placed on sale within the required time. Then the canvassing began, and went briskly forward. In nine months the book took the publishing house out of debt, advanced its stock from twenty-five to two hundred, and left seventy thousand dollars profit to the good. It was Bliss that told me this—but if it was true, it was the first time that he had told the truth in sixty-five years. He was born in 1804.