You are here: Home / Literary Story / The Roommates by Angela Carlton 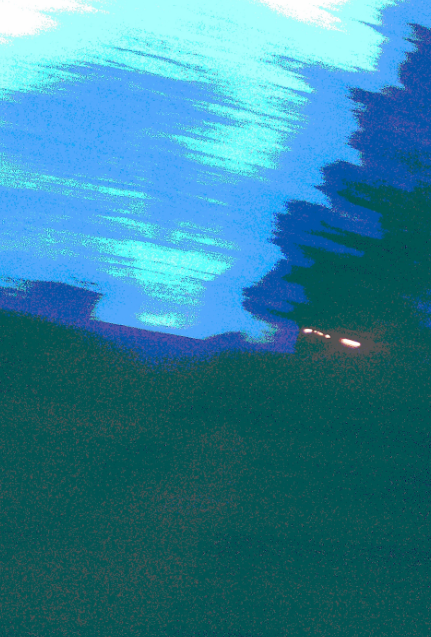 Michelle lived alone now. She was a second year student at Tulane, and was studying journalism. She liked mysteries, cracking codes, exploring the Who? What? Where? When? Why? Sometimes she stayed up all night studying, researching the internet or reading so she didn’t mind her time alone. Besides, a good roommate was hard to find.

The first roommate Melanie had a tremendous amount of energy like a wind-up doll that wouldn’t shut off. She was feisty, too chatty until it tended to wear a person down. She took up space. Melanie made each room feel small, and she talked-talked a lot about nothing.

The second roommate, Holly was more interested in pursuing a man then a degree. Soon men began to file in and out of the tiny apartment: the intellect, the joker, the drunk. It might as well have been a Motel 6. The garbage cans were overflowing and their bathroom was a wreck. Over time, things got crowded and loud, too loud.

The third roommate, Claire was from up North, one of the M states Michigan or Minnesota , somewhere. Claire spoke with a fierce accent and had an ice-cold personality. There was no comfort during that time, no warmth in those days. In the end, Claire was basically a body moving from room to room just sucking up air.

Now her place was usually quiet. Today she listened to the radio and did hear the phone. It rang 3 days a week at 10 o’clock sharp. Gradually, she moved toward the receiver for she’d been up far too many hours to count.

“Hello Michelle,” her mother beamed. “How are your studies going?”

But Michelle found it hard to push out words. It was like trying to breathe under water

The mother could hear her daughter’s heavy breathing on the end of the line. “Are doing ok?”

“Oh Honey,” her mother sighed, “Don’t you think it’s time you finally got a roommate? That’s why your Daddy got the extra room. We don’t like you living alone.”

“Um,” Michelle said again, fumbling through drawers for her prescription sleep aid from the infirmary.

“Well, think about the roommate idea, alright. Don’t forget to take vitamins. I’m going to run along. Don’t want to be late for Bridge.”

“Ok,” Michelle heard herself say, loudly. Then she hung up.

She stood before the mirror gazing at the one blood shot eye. “There-there,” she blurted out, smoothing back dirty hair. “Filthy-filthy,” a voice said. But was it Holly, Melanie or Claire?
There were days when nothing was clear.

She quickly shoved pills, two mini blue ones into her mouth. They tasted bitter, harsh but she let them rest on her tongue. She let them sit while she searched for a cup. Then she washed it all down with hot water to drown out the noise that clatter, those voices filling up her brain.
Yes, in time things would be silent, but only for awhile.