You are here: Home / Articles On Writing / Targets and Goals when Selling My Book

Selling your book online or in the real world is a daunting task. I applaud any author out there fighting the good fight. I wanted to take a minute to talk about some things that may help indie-authors better understand what some of their goals and targets could be, and what things might work in turning leg work into book sales.

In the next few days I will do a step by step that explains how to get set up and how to sell, right now I think it is a good idea to look at some of the basics of marketing.

Estimated ROI or estimated Return on Investment should be predictable. This means you should be able to have a close estimate of returns before you spend money marketing. If you have a 10 to 1 return on marketing, it’s considered great, 5 to 1 is considered very good and 2 to 1 is not profitable.

This means when you hit a marketing strategy that works, it’s paying you 5-3$ to every 1$ you are putting in (well something like that). If you don’t find this rate, you need to move on.

Every tool that you use on the web has statistics to go along with it. On Twitter for example you should expect an engagement rate of .09 to .33%. You should be using Twitter to feed your email marketing campaigns (which we will talk about later). So your rate of engagement on Twitter is high, but you’re not seeing any sales? Are you putting any money into ads? So Twitter did a study here and you can see about a 3.1 to 3.2 rate of return on marketing. That’s good. 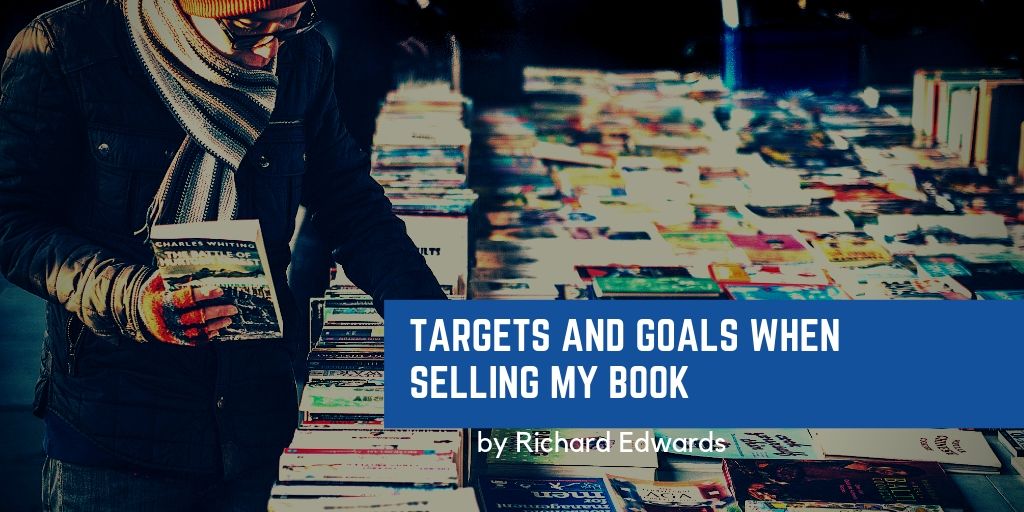 Email is usually considered a high rate of return. Most millennials still report wanting to do their business through email. If you can get someone to sign up and then confirm their email to be on your mailing list, they should be ducks in a barrel for your marketing. This is where sales funnel comes in. I won’t go too far into this strategy here, but basically it’s a series of emails that grows in intensity until it convinces your followers to buy your books. Email is a powerful way to sell books especially if it’s your own mailing list!

If you place an ad in a magazine, that magazine can tell you what the ROI will be on your ad. This is why grocery stories and pizza places put so much money into flyers in your local newspaper. They know they will get a certain return on their money. Notice they do it every week?

There are many other social media, websites, magazines, and newspapers you can advertise in. Each should be able to state their returns.

In person appearances also have an ROI. You need to figure those out yourself. If go on a lot of appearances, you should know what you are getting back.

This is the most important part of what I’m saying. I wanted to just briefly touch on some ideas in marketing that might help, above, but honestly what are you shooting for? Is your goal to sell a few 100 or 1000 books? Will that really sustain you? Is your goal to get signed? Is your goal to make a money making platform? All of these questions are important to answer, but ultimately I think you will find that selling books door to door isn’t going to do it. You need either to generate enough attention to get signed or build a platform that can sustain you.

So if you only bother to read one part of this article, please read this. Synergy. Synergy is the way viral campaigns work. You don’t want to bother doing leg work getting one person to review your book. You want to build excitement for your book. For instance if you are part of the #writingcommunity on Twitter, you may have seen Tory Hunter and WB Welch promoting their new novella The Last Letter. The novella will be out in July, you should pre-order it, but what Hunter and Welch were doing before the launch of the pre-order was building synergy. Synergy, according to Dictionary.com is

The interaction of elements that when combined produce a total effect that is greater than the sum of the individual elements, contributions, etc

This means you get more hype out of your campaign than what you put in. Welch in her early campaign was doing videos with zombie noises in the background. Then others started talking about the book. Then Hunter added that she was sick and for a minute it was like the actual novella was going to play out right on Twitter. When the pre-order page hit people were very excited (I know I was) to sign up to buy the book. At that point, the campaign stopped? It became just simple postings about the book at the pre-order. What they were doing there, at first, was some simple videos and overtures about the book that were getting way more energy (attention) from their followers than what they were putting in. That’s synergy. When you work on a campaign like that, it can feel like you are a human starting gun, then it just runs away from you.

The purpose of Writing this Article

I have 2 reasons for writing this article. 1. Know your ROI when you are putting any money into your campaign. You should get more money BACK than you put in. 2. Be as creative about marketing your book as you are about writing it, and you won’t have to worry about sales. Most writers get to this type of creativity though, and think it’s silly and they stop. Don’t just post your book on twitter, create hype around it. Be creative! Use your passion to sell it, and honestly should be having fun while doing it.

You cannot do it alone. You cannot sell enough books on your own to become a big quit-your-job success. You need synergy and the work of others. You have to build up tension and then follow though.

I’ll have a step by step on building a platform and selling your book soon.
[wp-post-author]