You are here: Home / Horror Articles / The Sources of Hallowe’en 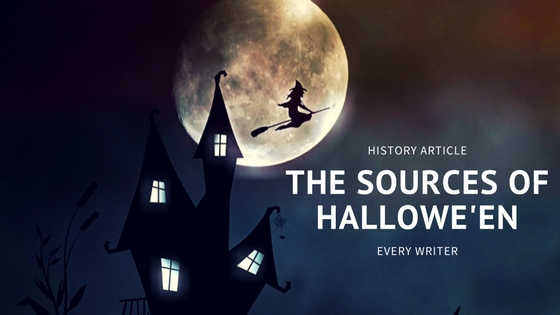 The Sources of Hallowe’en

If we could ask one of the old-world pagans whom he revered as his greatest gods, he would be sure to name among them the sun-god; calling him Apollo if he were a Greek; if an Egyptian, Horus or Osiris; if of Norway, Sol; if of Peru, Bochica. As the sun is the center of the physical universe, so all primitive peoples made it the hub about which their religion revolved, nearly always believing it a living person to whom they could say prayers and offer sacrifices, who directed their lives and destinies, and could even snatch men from earthly existence to dwell for a time with him, as it draws the water from lakes and seas. In believing this they followed an instinct of all early peoples, a desire to make persons of the great powers of nature, such as the world of growing things, mountains and water, the sun, moon, and stars; and a wish for these gods they had made to take an interest in and be part of their daily life. The next step was making stories about them to account for what was seen; so arose myths and legends.

The sun has always marked out work-time and rest, divided the year into winter idleness, seed-time, growth, and harvest; it has always been responsible for all the beauty and goodness of the earth; it is itself splendid to look upon. It goes away and stays longer and longer, leaving the land in cold and gloom; it returns bringing the long fair days and resurrection of spring. A Japanese legend tells how the hidden sun was lured out by an image made of a copper plate with saplings radiating from it like sunbeams, and a fire kindled, dancing, and prayers; and round the earth in North America the Cherokees believed they brought the sun back upon its northward path by the same means of rousing its curiosity, so that it would come out to see its counterpart and find out what was going on.

All the more important church festivals are survivals of old rites to the sun. “How many times the Church has decanted the new wine of Christianity into the old bottles of heathendom.” Yule-tide, the pagan Christmas, celebrated the sun’s turning north, and the old midsummer holiday is still kept in Ireland and on the Continent as St. John’s Day by the lighting of bonfires and a dance about them from east to west as the sun appears to move. The pagan Hallowe’en at the end of summer was a time of grief for the decline of the sun’s glory, as well as a harvest festival of thanksgiving to him for having ripened the grain and fruit, as we formerly had husking-bees when the ears had been garnered, and now keep our own Thanksgiving by eating of our winter store in praise of God who gives us our increase.

Pomona, the Roman goddess of fruit, lends us the harvest element of Hallowe’en; the Celtic day of “summer’s end” was a time when spirits, mostly evil, were abroad; the gods whom Christ dethroned joined the ill-omened throng; the Church festivals of All Saints’ and All Souls’ coming at the same time of year—the first of November—contributed the idea of the return of the dead; and the Teutonic May Eve assemblage of witches brought its hags and their attendant beasts to help celebrate the night of October 31st.