You are here: Home / Articles On Writing / How to Use Twitter 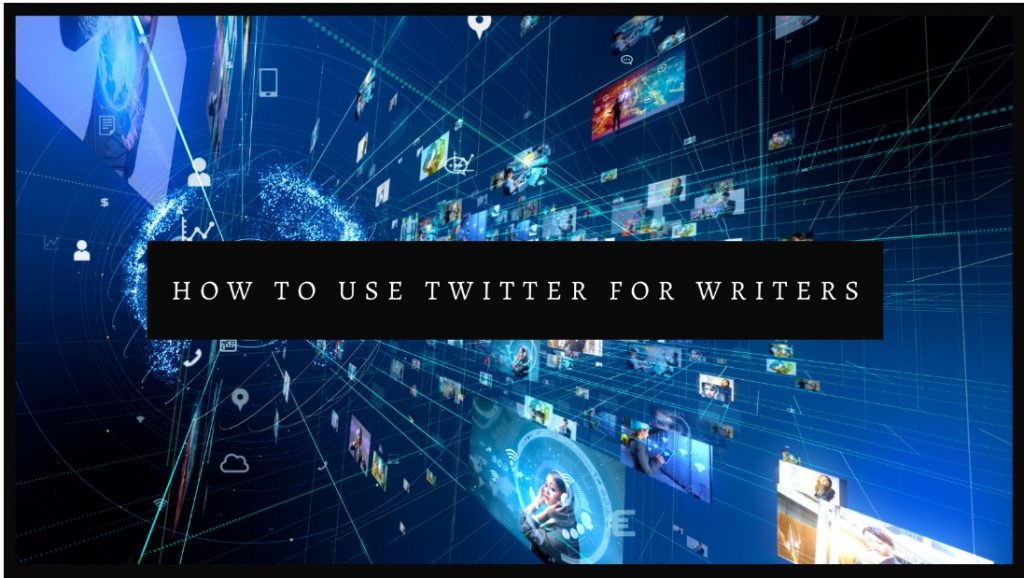 Yes, if you are a writer, you need Twitter. If you have published your own book or have a website, you need Twitter. It’s that simple really, but most people have no idea how to actually use Twitter. I always over hear people talking about Twitter like it is some kind of blow by blow life app that people only use to let the world know when they are having a meal or using the restroom. I think this comes from how celebrities use Twitter. People don’t realize that celebrities use Twitter to increase their reach, and gain people’s interest. People care what their favorite celebrity eats. This is not the recommended use of Twitter.

Being that 100s of millions of people use Twitter every day, it goes without saying that most, if not all, ideas and lifestyles are pretty much represented. The way to get the most out of Twitter is to connect with people who have similar ideas. You have to build a following of people who care about the same things you care about. If they see the world your way, they have a better chance of liking your book or the new short story you just wrote.

Ok, so you believe me, you need a Twitter account. You just sign up. Now what? Yes the difficult part of twitter is finding people like you or people who want to hear what you have to say. This isn’t easy, but here is what I recommend. You want to search twitter, use the search feature or other websites that will search by keywords. If you are a science fiction writer for instance, you would search for scifi or science fiction, or even find people who are talking about your favorite science fiction writer. So you would need to look up people who are talking about “Ray Bradbury.” You then need to follow that person.

DO NOT just go out and follow everyone, and there is more to following someone than just pressing the follow button. The next thing you want to do is INTERACT with that person. You want to retweet tweets that interest you. So the person said “Ray Bradbury is my fav…” You would retweet this, and maybe add, “me too.” Interactions are the key to Twitter. Interacting with people who have similar interest is the BEST way. Don’t treat it like a computer push button relationship. Think about it like it is the real world. You want to talk to that guy because he is talking about something you are interested in. Retweets and replies are your best bet. Spend sometime doing this. It’s nice easy to get a following, you have to build it over time.

DO NOT buy followers. This would be great, if it worked. It would be awesome to just push a button and have thousands of followers. It doesn’t work this way. You CAN buy followers, but what you find is that most of these services are very expensive, AND the followers you get from are just brain dead zombies. They are just accounts, and not real people. So they are not worth it. They won’t go around telling people about your work. They will not interact and they do not share your ideas.

Having a Twitter following is about having like minded-people who are interested in a subject you are interested in. You do not want millions of zombie followers. They simply won’t do you any good.

On Twitter you share by links, of course. When you publish your first book you want at least a few thousand people who will support your efforts, buy the book, and talk about your ideas. See you have built a following through interaction with people who like what you like. So when and send out a tweet that says your new scifi book is the bomb, you have a very good chance having people take interest.

In order to share something on twitter, you need a website, or a home base of some kind. You want to be able to get people interested in the links you post. You also want new ideas and maybe even to support their efforts.

Tweet the most interesting things you’ve got. Maybe it is a blog post or an excerpt from your book, whatever it is, make it interesting. Also retweet people’s tweets that you agree with or what to support. If you see a tweet that has a link in it and you like the site, retweet it. Twitter tends to be a very supportive community. If you retweet it they will retweet you.

On Twitter tags, which use the number sign # mark certain subjects that are shared throughout the community. There are many, but some are only on Twitter. For instance, #FF stands for follow Friday. This is when you create a list of Twitter followers who you like, and then recommend your followers follow them. You pick people who have retweeted you or who you are interested in. So if you say #FF and then a list of people like @everywriter, some of those people will already be following you, and some of those people will not. Then ones who are not following you, you hope will follow you after the #FF. This tag is of course only used on Fridays.

Yes, Twitter is great place for news. If your webhost goes down, you can search Twitter and see if others are having the same problem. If you’re wondering who just won the un-televised writing awards like the Hugo, you will see it on Twitter first.

Be nice to people. That’s generally a good rule, but you want to really pay attention to it on Twitter. You do not want a bunch of people Tweeting you are a jerk. You’ll get a lot of unfollows that way.

Why do you do all this? If you post a new blog, you’ll find that some die hard fans might stop by to see it. The first time your Tweet your blog post to your dedicated followers, you’ll know why people use. It works. Better than running ads, or waiting for search engines, and 100 times better than email, Twitter gets people interested in what you have to say.

So, here is my 2 cents on how to use Twitter and why. I’m not an expert by any means, but I know how it works for me, and I know how I’ve gained my following (mistakes and all). This is my best advice.